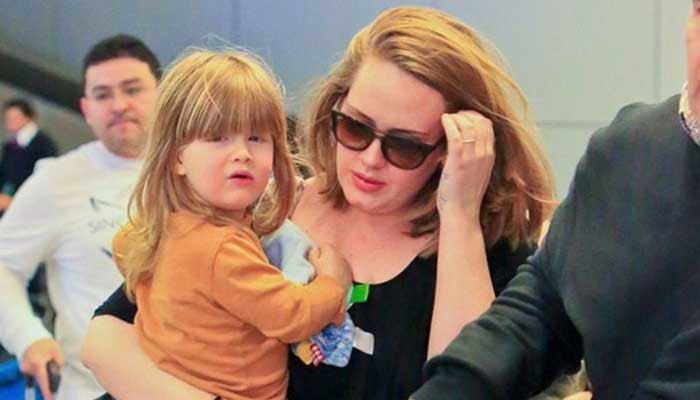 
Adele hilariously shared that her son Angelo did not like her hit song Skyfall when she recorded it during her pregnancy with him.

Speaking on Vogue’s 73 Questions, the 33-year-old said that she was heavily pregnant when she recorded the 2012 James Bond theme song.

“I was heavily pregnant when I did the vocals for ‘Skyfall,’ and it’s the only song I recorded when I was pregnant with him,” she said, while adding that her “voice was a lot lower” when she sang amid her pregnancy.

The songstress went on to say that when she would sing the high notes, her son would star kicking.

“He also hated it when I was singing the high notes, he’d sort of kick around inside of me,” she said of Angelo.