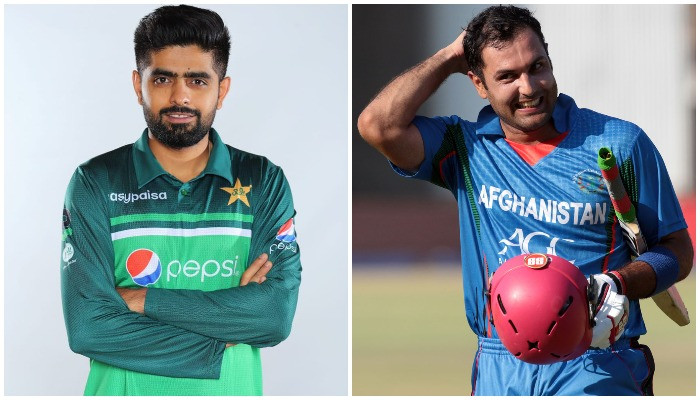 
With Pakistani and Afghan players gearing to step in the field today for a highly-charged clash, fans are also preparing themselves to watch a good cricket match.

While in the case of India and New Zealand, Pakistanis had a clear rival to mock, this time the fans are also divided.

With thousands of Afghans residing in Pakistan, fans have also divided their support for tonight’s match.

A news package from Geo News shows how some members of the Afghan community are supporting Pakistan despite belonging to Afghanistan while others are rooting for Afghanistan today.

A member of the community said that he will support Pakistan because he only has one foot in Afghanistan but his body belongs to Pakistan.

Another one said: “We are supporting both but will be happier if Afghanistan wins today.”

Pakistan will take on Afghanistan in what is expected to be a highly-charged clash as both teams will face each other today in Dubai at 7pm.

Today’s T20 World Cup encounter has assumed importance as Pakistan can cement its place in the semi-final if it wins the match.

The Pakistani squad for the Afghanistan clash will likely remain unchanged — and the same team which defeated New Zealand would step on the ground today.

Former Pakistani cricketers have cautioned the Men in Green to not take the rivals lightly.

Both the teams are unbeaten and both are in the top two of Group 2. Pakistan crushed India, then took down New Zealand while Afghanistan have routed Scotland with a massive net run-rate that might end up being crucial later on.