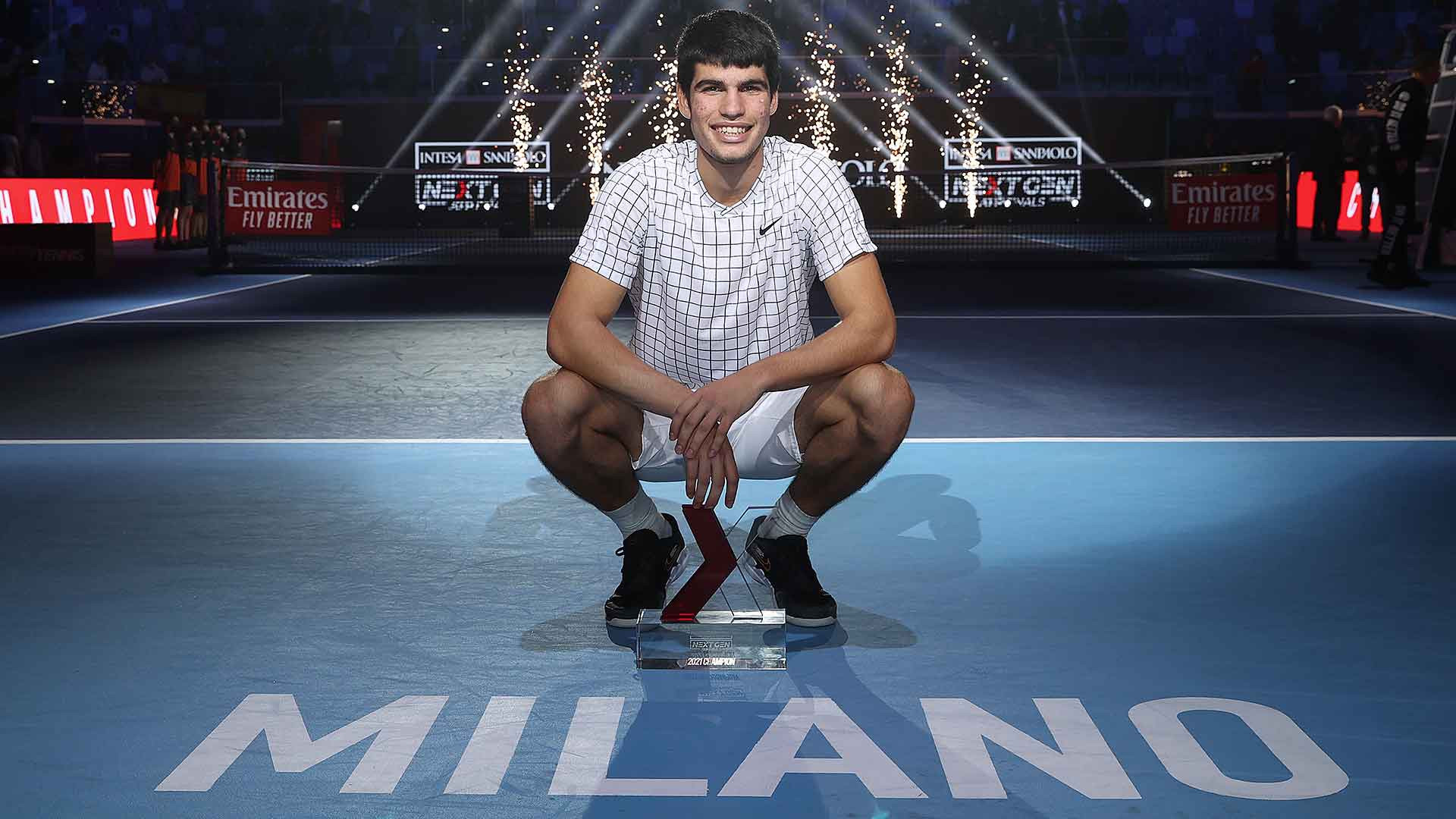 
Carlos Alcaraz became the first Spaniard to win the Next Gen ATP Finals on Saturday when the 18-year-old beat American Sebastian Korda 4-3(5) 4-2 4-2 in Milan to cap a memorable breakthrough season.

With the “First-to-4” format in place, top seed Alcaraz needed only 82 minutes to seal his second title of the season.

He saved all six break points he faced while breaking twice and firing 15 winners past the 21-year-old Korda.

Alcaraz, who climbed into the top 50 in the rankings this year, also became the youngest player to finish a year with 32 Tour-level victories since Ukrainian Andrei Medvedev achieved that feat in 1992 as an 18-year-old.

“(My coach) Juan Carlos (Ferrero) tells me that in the best, in the tough moments you have to play aggressive, you have to go for it, and that’s what I did.

The tournament for players 21 and under has different rules in place such as court-side coaching which Alcaraz said should be on the ATP Tour as well.

However, he was not a fan of the shorter warm-up periods which were reduced to just one minute. “You have no time to warm up. I would say for the player, you can’t warm up everything, every shot – the volley, the serve, the backhand, the forehand – at all.

“I would say that you have to warm up four minutes… to start the match in the best way possible.”