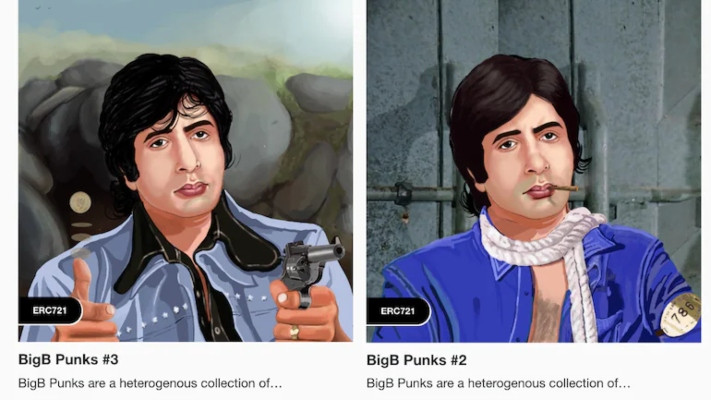 
The legendary Amitabh Bachchan’s NFT (Non-fungible tokens) was purchased for USD 9.66,000 (about Rs. 7.18 crore) on the auction site club.com by a fan of the legendary actor. His father’s poetry “Madhushala” was also included in the collectible collection, as well as autographed antique posters of himself and his significant works.

“In this world of digitisation, NFTs have opened a new realm of opportunities to engage with my fans even more than before. The successful auction of my NFTs, some of the most treasured and personal moments of my life and career were so well received and invested in by my supporters,” the 79-year-old actor said in a statement.

Bachchan’s Madhushala poem recital was sold for $756,000, according to the bidding website Beyondlifeclub. Besides that, Amitabh’s physical Sholay and other movie posters, which he autographed, sold for $94,052.

The winning bidder received the video of Amitabh signing the poster as well as the physical posters.

He isn’t the only Bollywood actor who has dabbled in NFTs; Salman Khan, for example, has pledged to introduce his brand of NFTs soon. Manish Malhotra, Sunny Leone, Vishal Malhotra, Ritviz, and Nucleya, among others, appear to be carrying the torch for NFTs in India.