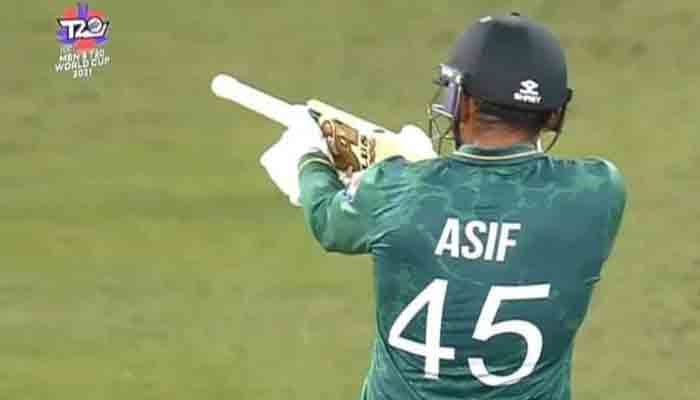 
Asif Ali has turned into a hero for millions of Pakistani cricket fans who were previously trolling him on social media and questioning his selection for the T20 World Cup.

To say that Asif Ali has proven his critics wrong would be an understatement. Pakistanis on social media have been sharing various memes on the internet glorifying Asif Ali, revering him as “The Finisher” or a Money Heist guy (you know, since he steals victories from the opposition).

However, there are many who have created an “Asif Ali apology form” online and are filling it to say sorry to the swashbuckling batsman.

So basically, here is how an Asif Ali apology form goes:

It features a picture of the cricketer on the top-left side of the “form” with the To (Asif Ali, obviously) and from (name of the fan) beneath it.

Then comes the main part of the form. Reasons listed below for which fans are sorry for hating on Asif Ali. Some of these reasons are:

a. The media convinced me he was finished

b. I only looked at his stats

e. My agenda blinded me

f. I was on crack

Fans are checking the box next to each reason to spell out why they doubted the batsman before his World Cup heroics. At the end of the form is one last point which reads as:

“I will hereby respect Asif Ali and not talk down to him,” it reads.

Even Asif Ali’s PSL club, Islamabad United, got in on the fun.