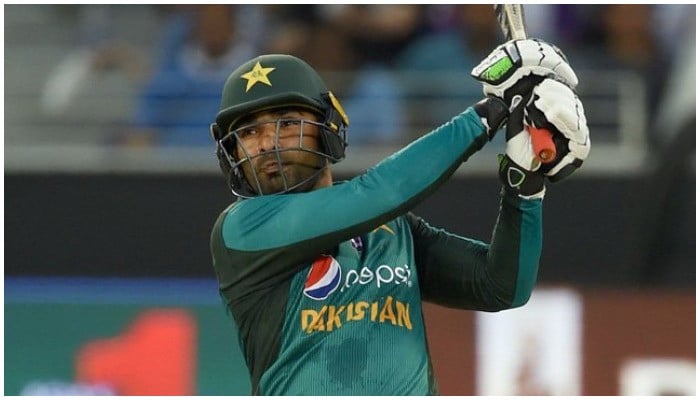 
Asif Ali smashed four sixes in the penultimate over to help Pakistan achieve a hard-fought five-wicket win over Afghanistan in the Twenty20 World Cup in Dubai on Friday.

Here is how Asif led Pakistan to their third win in the international cricket event.

“I was very confident Asif would get us out of any trouble we find ourselves in,” said Babar, whose team tops Group 2 with six points in three matches.

“Asif’s hitting was clean and that’s why we selected him.”

“We didn’t start really well but the total on the board was decent but maybe not enough, only because of Asif,” said Nabi.

On Friday, Pakistan won the match against Afghanistan by five wickets to solidify their chances for a berth in the semi-final stages of the game.