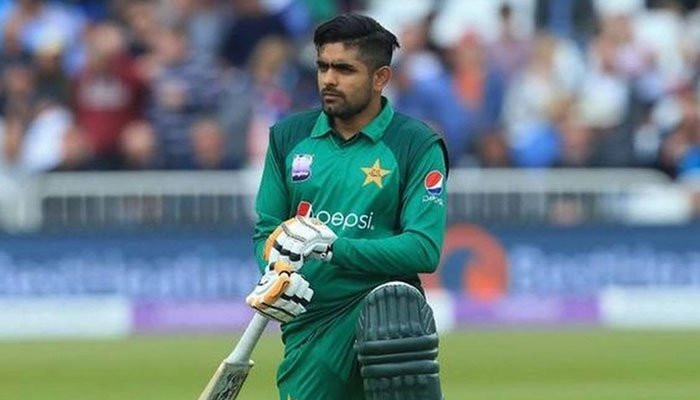 
KARACHI: Pakistan cricket team’s flamboyant batter and captain Babar Azam added another feather to his cap with his innings of 66 against Scotland in the ICC T20 World Cup match in Sharjah on Sunday.

The Pakistani captain with his 4th half-century in the tournament surpassed Sri Lankan Mahela Jayawardene’s record of most runs by a captain in a single edition of the T20 World Cup.

Babar has now accumulated 264 runs in this tournament. Jayawardene had scored 201 runs as captain of Sri Lanka in 2012.

His 264 in the ongoing World cup is also the most by a Pakistani in a single edition of the World Cup, previously the record was with Salman Butt who had scored 223 runs in 2010.

Babar is also the leading runs-scorer of the ICC T20 World Cup being played in UAE and Oman. He’s followed by England’s Jos Buttler who has scored a total of 240 runs in the tournament so far.

The inning of 66 was Babar’s 4th score of fifty or more in this edition of the tournament, no other player has scored more than 4 half-centuries in a single edition of ICC T20 World Cup – the two others to do so are India’s Virat Kohli and Australia’s Matthew Hayden – the current batting consultant of Pakistan team.

Interestingly, while Babar has scored 4 half-centuries in just one tournament, no other Pakistani could score more than 3 even after participating in multiple editions of T20 World Cups – Kamran Akmal, Umar Akmal and Shoaib Malik have scored three half-centuries apiece in the history of the tournament.

This was the 25th score of 50 or more for Babar Azam in 61 innings, the most at this stage of a career [first 61 innings] by any batsman.