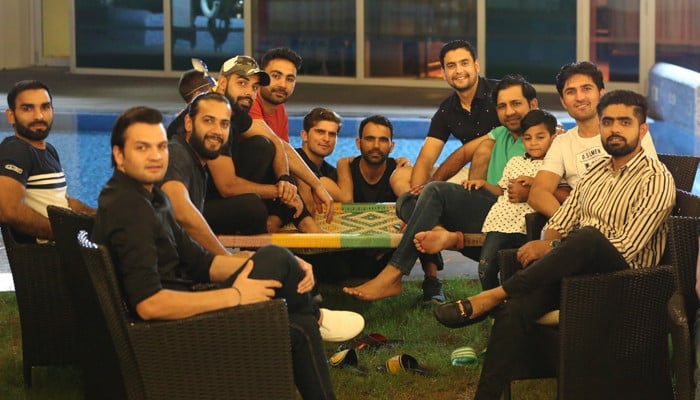 Babar Azam enjoys a day off with his ‘other family’


Pakistan have been performing exceptionally well in the T20 World Cup, beating all the teams they have faced so far — India, New Zealand, and Afghanistan.

To relax after their scintillating three fixtures, the team has spent a day off.

“A day off with my other family,” Pakistan skipper Babar Azam on his Twitter handle, as he shared a photo with the national T20 World Cup squad.

The Men In Green are at the top of their group, with three wins from equal fixtures. They have six points and a net run rate of +0.638 and need to win the next match to cement their place in the semi-finals.

Pakistan will play Namibia in Abu Dhabi on Tuesday, followed by their last match against Scotland in Sharjah on November 7.

Although things might seem to be going well for Babar, little was known to the world that the phenomenal batter was also undergoing an emotional struggle as his mother was hospitalised on the day of the match.

Taking to Instagram, the skipper’s father — Azam Siddique — announced that the nation should also know about the test that the Azam family was going through while the entire world was lauding the cricketer for his phenomenal performance in all three matches.