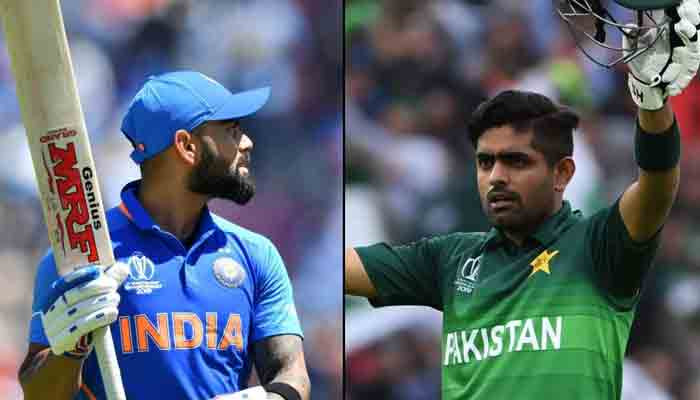 
DUBAI: Pakistan skipper Babar Azam on Friday equaled another T20 record earlier held by India’s Virat Kohli — most T20 50s as captain — with a half-century against Afghanistan in last night’s thriller of a T20 World Cup match up.

The star Pakistani batter has now scored 13 half-centuries in the shortest format as captain — equaling Kohli’s record, but at a better rate.

It took Azam only 26 innings to reach the milestone, while the Indian skipper has scored as many in 44 innings.

Aaron Finch of Australia and Kane Williamson of New Zealand are next in line, having scored 11 half-centuries in 51 and 50 innings, respectively.

During the Afghanistan match on Friday, Babar Azam had broken a separate record held by his Indian counterpart when he became the fastest to score 1,000 T20I runs as captain.

Babar Azam scored his first 1,000 T20I runs in 26 innings as the skipper of the Pakistan cricket team.

Virat Kohli, as captain of the Indian cricket team, had taken 30 innings to score 1,000 T20I runs.

This was not the only record that was broken in the match.

Playing against Afghanistan in his third T20 World Cup clash, Rizwan has 39 T20 dismissals in a calendar year to his credit.

MS Dhoni had achieved a similar feat in 2016, when he too played a part in 39 T20 dismissals in the same year.

However, Rizwan can look forward to gaining a lead on the legend with the remaining matches to be played in the ongoing T20 World Cup.