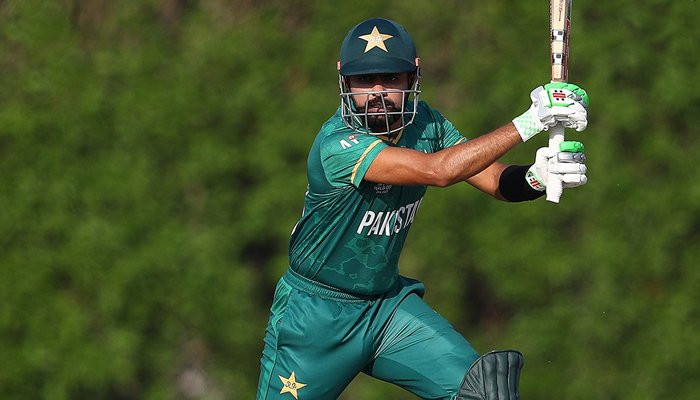 Babar Azam in high spirits after victory over West Indies

The Pakistani captain, who ranks as the best ODI batsman, proved instrumental in his team’s victory over the West Indies by scoring a stellar half-century with the help of six 4s and a six.

Pakistan had defeated West Indies by seven wickets through an all-out team effort in their warm-up match.

Taking to his Instagram story, the skipper wrote: “Enjoyed the outing today.”

Pakistan’s next warm-up match is against South Africa on October 20, before the Men in Green begin their World Cup campaign against India on October 24 and then face New Zealand on October 26.