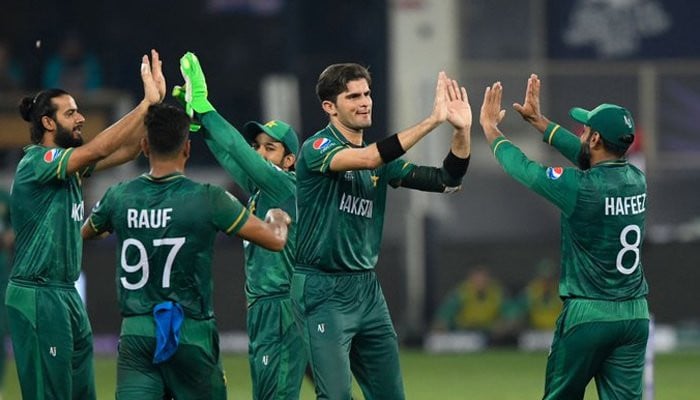 
Pakistan displayed a stellar performance and set their road to winning in their very first over of the T20 World Cup match against India when Shaheen Afridi topped India’s top batting order and checked off two of those wickets in his first spell where he was near unplayable.

According to the International Cricket Council (ICC), Rohit Sharma was trapped lbw by a yorker, while KL Rahul was bowled by one coming into him. He then returned to have Virat Kohli caught behind just when the India skipper was getting ready to hit out at the death.

After a strong bowling performance to keep India to 151/7, Babar Azam and Mohammad Rizwan chased down the target with an unbroken opening stand.

Azam had kept emotions in check to remind fans and his team that this was just the start for Pakistan. And it gave them the perfect platform from which to take off.

Against New Zealand, after they chose to bowl, Haris Rauf bowled with pace and fire. One of his yorkers hit 149kph on the speed gun and he finished with four wickets – though curiously many of them coming with his slower variation. With the bowlers all doing their bit, Pakistan restricted New Zealand to 134/8.

This time, the chase was trickier. At 87/5 in the 15th over, New Zealand were well in the game, but Asif Ali played the finisher’s role to perfection, smashing three sixes in his 12-ball 27* to seal the game.

Ali was the star of the chase against Afghanistan too. Naveen-ul-Haq had bowled an excellent 18th over, which went for just two runs, leaving Pakistan 24 to get off the last two overs. Thanks to Ali, they needed just one of those: He smashed four sixes off Karim Janat to complete a chase of 148 to seal their third win in a row.

Earlier in that game, Azam had made his second fifty of the tournament.

His third came against Namibia, with the Azam-Rizwan pair again on the song. Choosing to bat this time, they played out a maiden opening over and got to a steady 59 in 10 overs. But then they stepped on the accelerator, and how. The final 10 overs went for 130 runs, with all of Azam, Rizwan and Hafeez punishing the Namibian bowling.

To their credit, Namibia offered stern resistance but there would be no denying Azam’s team the first spot in the semi-finals.

Mohammad Rizwan – Rizwan has barely put a foot wrong for Pakistan at the T20 World Cup and he has the average to show for it – 99.50. The opening batter and star keeper has notched two half-centuries so far, with the first coming against India and the second against Namibia.

He’s Pakistan’s leading run-scorer so far, but only just, pipping Azam by one run to this point.

Shaheen Shah Afridi – Pakistan’s star opening bowler has been too hot to handle throughout the tournament, with his opening spell against India (3/31) setting the tone for the brand of cricket his team has played throughout.

Dangerous with the new ball and canny at the death, if he carries on his form then Pakistan are a match for any side.