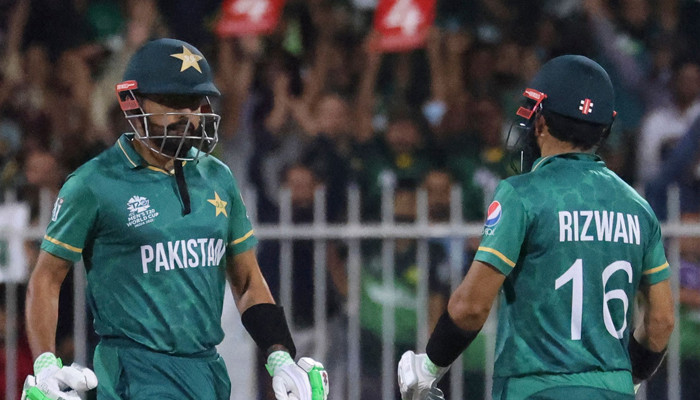 They reached this milestone with a 28-run opening partnership during the T20 World Cup match against New Zealand.

They’ve batted together 17 times in T20Is since 2019 and have four century partnerships to their credit — the joint-most by any batting partners in the world.

There are only 11 batting partners in the world who have 1,000 partnership runs to their credit. Only two pairs have added 1,000 runs or more as partners since January 2019.

The other pair to do so is Ireland’s Kevin O Brien and Paul Stirling.

The second-best pair with the most runs in a T20I calendar year is Kevin O Brien and Paul Stirling. The Irish pair added 756 runs as partners in 2019.

The average partnership score between the Rizwan and Babar duo is 63.06, the best among all the batting partners of the world to have scored 1,000 runs jointly.