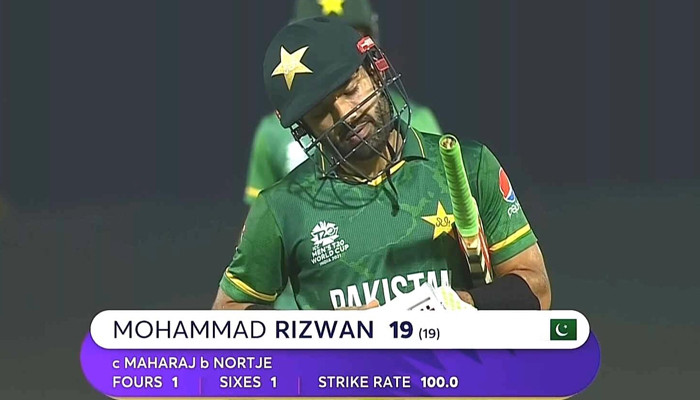 
Pakistan skipper Babar Azam and wicketkeeper-batsman Mohammad Rizwan were sent back to the pavilion within six overs of the warm-up match against South Africa during T20 World Cup.

Pakistan are playing their final warm-up match against South Africa in Abu Dhabi before they open their World Cup campaign — and their first match will be against arch-rivals, India, on October 24.

Anrich Nortje dismissed Rizwan in the sixth over, right after Kagiso Rabada bowled Babar in the fourth over of the match.

The early dismissal came as a shock to the fans as they were expecting the team to bring their A-game after they had defeated West Indies by seven wickets.