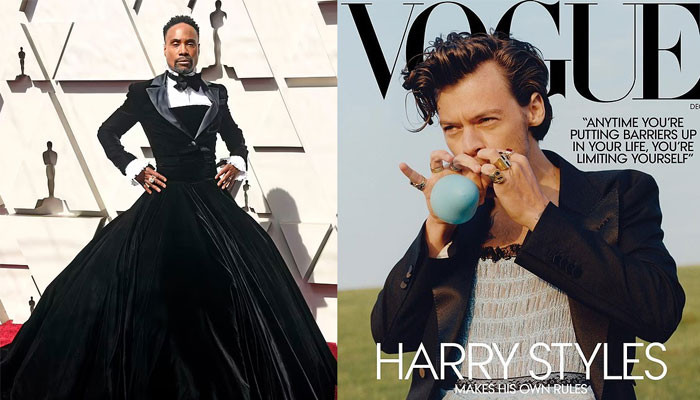 Billy Porter says he the trendsetter for non-binary fashion, as he slams Harry Styles


American actor and singer Billy Porter is calling out British musician Harry Styles and the special treatment he received from Vogue owing to his skin colour.

During a chat with Sunday Times Style, the Pose star, 52, said he should be credited for sparking off the trend of men rocking skirts and dresses on the red carpet.

He also lambasted Vogue for snubbing him and letting the former One Direction singer to take over their front cover when he was the OG androgynous trendsetter.

“I. Personally. Changed. The. Whole. Game. And that is not ego, that is just fact. I was the first one doing it and now everybody is doing it,” he said.

“I feel like the fashion industry has accepted me because they have to. I’m not necessarily convinced and here is why. I created the conversation [about non-binary fashion] and yet Vogue still put Harry Styles, a straight white man, in a dress on their cover for the first time,” he went on to say.

“I’m not dragging Harry Styles, but he is the one you’re going to try and use to represent this new conversation? He doesn’t care, he’s just doing it because it’s the thing to do,” he continued.

“This is politics for me. This is my life. I had to fight my entire life to get to the place where I could wear a dress to the Oscars and not be gunned now. All he has to do is be white and straight,” he added.

Harry made waves as the first solo male to grace American Vogue, donning a Gucci gown and other dresses and skirts.