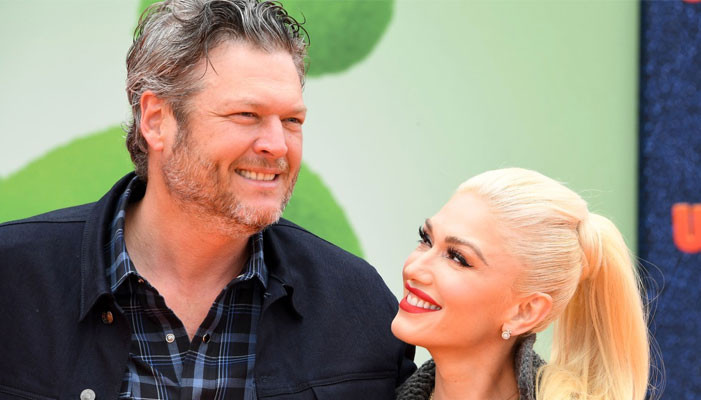 Blake Shelton gushes over Gwen Stefani in his wedding song


Black Shelton’s fans are hardly holding back their tears as he amazed them with his newly-launched song, We Can Reach the Stars, featuring wedding vows to wife, Gwen Stefani.

The country musician took to his Twitter handle to reflect on the swoon-worthy track.

He wrote, “@gwenstefani and I decided we were going to write our own vows for the wedding but, I decided to surprise her by writing a song instead.”

Earlier in October, Shelton revealed that he had written a song for Stefani, however, he never officially launched it.

During his appearance on Late Night with Seth Myer, he opened up, “Gwen has always — she is constantly on my (expletive) about, ‘I should be writing more songs. How come you don’t write more songs?'”

“And I have gotten lazy about it over the years. And so I decided, well, you know, I’ll step up and come up with something, and so I did,” told the singer.

“I want people to hear it. I mean, I married Gwen Stefani. I want everybody to hear that. I mean, that’s the ultimate bragging rights.”

The duo got married in a private ceremony at Shelton’s Oklahoma ranch on July 3.

Since then, the couple has shared multiple lovely snaps of the special day with their fans.