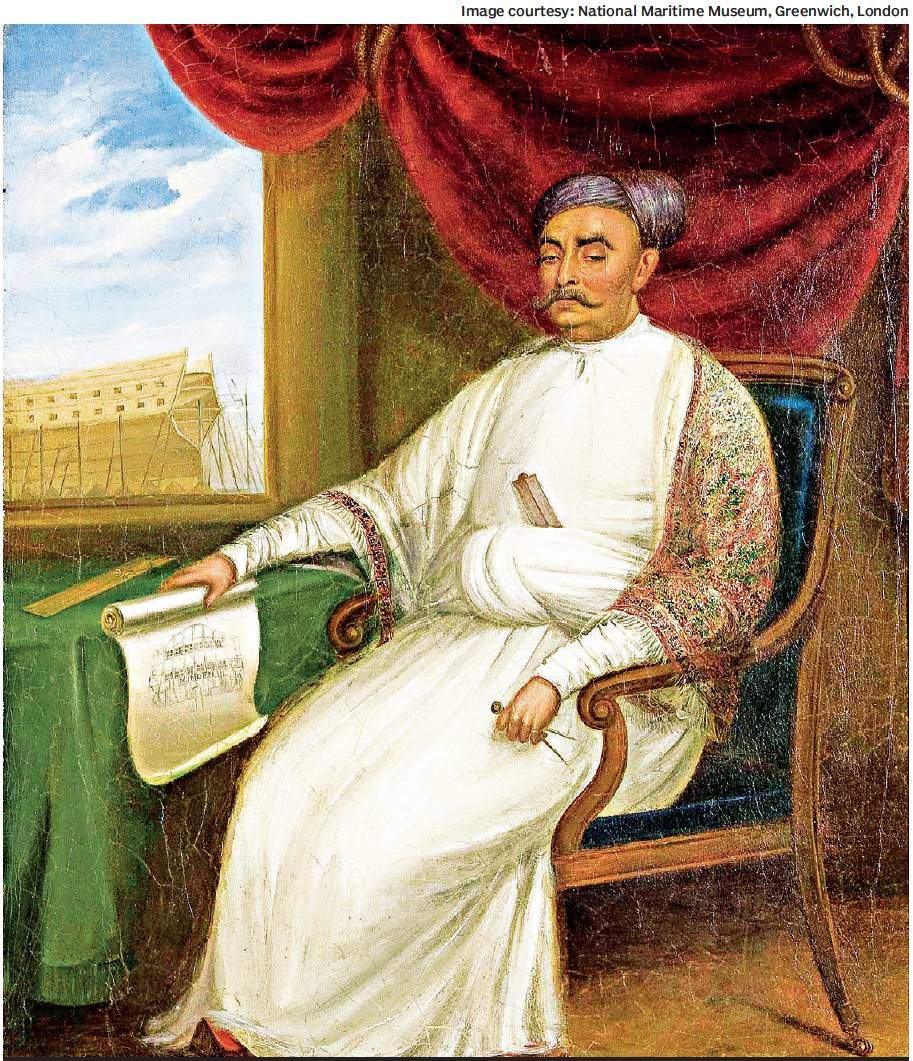 
It is now a widely-known fact that the HMS Minden, the British battleship on which the US national anthem Star- Spangled Banner was written, was built in 1810 at the Bombay dockyard by the famous Parsi family of Wadias. But even though 160 years have passed since its decommissioning at Hong Kong, before being sold as scrap, it remains an obscure fact that Minden was originally proposed to be built at Beypore in Kozhikode.

In the early 19th century, Alexander L Mackonochie, a Britisher working as a sourcing agent of teak for the East India Company at Beypore, had submitted to the Bombay council a proposal to entrust him with the construction of a 74-gun ship of the line at Beypore on the coast of Malabar. For those uninitiated into the world of wooden battleships of the Age of Sail, a ship of the line is a warship of the largest size, used in the line of battle.

Among the East India Company officials, Mackonochie was a familiar figure as he had been promoting the use of teak as an alternative of oak. Originally a timber and spices merchant, he published a prospectus on shipbuilding in London in 1805 to announce his forthcoming book on the topic, perhaps as an attempt to position him as an expert before the directors of East India Company. In any case, Mackonochie’s proposal to build a battleship was eventually shot down by the company officials in Mumbai.

“We are of opinion that should it even hereafter be deemed expedient to establish a dockyard at Beypore it would be highly improper to confide to Mackonochie the superintendence of such an important and novel undertaking in preference to all the professional men of approved abilities in our service,” the company stated in a letter, as revealed in the book “The Bombay Dockyard and the Wadia Master Builders” by a member of the Wadia family, Ruttonjee Ardeshir Wadia, published in 1955.

Minden happened to be the first warship the British had built outside Britain and back then, they had started using teak as a substitute for oak for shipbuilding.

“It was clear that teak had many advantages over oak, such as less splintering when hit by a round shot, less corrosion on metal fastenings, shorter seasoning time, and an expectation of life several times longer than ships built from European oak. Sir Robert Seppings, in a report on the quality of teaks, designated prime Malabar northern teak as the most valuable timber in the world for shipbuilding,” writes Fred M Walker in his book “Ships and Ship Builders: Pioneers of Design and Construction”.

Precisely due to these reasons, the building of Minden was closely monitored by the media. So, when on the New Year’s Day of 1808, the silver nail was driven in to unite the stem and keel of the new ship, the editor of the Bombay Courier said, “May the ever-enduring Indian teak, under the auspices of our gallant tars, rival the glories of the British oak”.

Finally, the ship was completed by master builder Jamsetjee Bomanjee Wadia in May 1810 and was launched on June 19, the same year.

Even before Minden was built, the thriving shipbuilding industry in Mumbai had to satiate its demand for teak by bringing in timber from as far as Beypore. “In the year 1790, 10,000 teak trees were brought down Beypore River. This was the produce of several years, but it is estimated that 2,000-3,000 trees may be annually procured… Bombay is generally supplied with teak planks from this part of the coast; the company usually contracts for what they require, and the Resident at Cochin frequently has the contract,” says William Milburn, an employee of the company in his 1813 book “Oriental Commerce”.

The shipbuilders’ bet on Malabar teak proved to be a safe one. “Ships built at Bombay are not only as strong, but as handsome, and are as well-finished as ships built in any part of Europe; the timber and plank of which they are built, so far, exceeds any in Europe for durability, that it is usual for ships to last fifty or sixty years,” writes Charles Rathbone Low in “History of the Indian Navy”.

It was true—Minden had sailed around the world for 51 years before it was finally condemned in Hong Kong in 1861. Seven years after Minden, Jamsetjee Bomanjee built a smaller, 26-gun ship, HMS Trincomalee, and even after 204 years, it still survives in its new avatar as a museum ship at Hartlepool, UK.

Mackonochie, an upstart in the world of shipbuilding, for sure, wasn’t a worthy opponent to the Wadias who had first started building ships at Surat and then relocated to Mumbai upon the invitation of the East India Company. During their 150 years of shipbuilding till 1837, they built 350 vessels––ships of the line, frigates, steamers, and schooners for the East India Company, the Royal Navy, and also for private owners.

On the other hand, Mackonochie had a chequered history in India. “A Collection of treaties, engagements and other papers of importance relating to British affairs in Malabar (1879)”, edited by William Logan, the former collector of Malabar, offers a bare outline of the misfortunes that befell Mackonochie.

He had set up windmills on the river banks at Beypore for sawing timber collected at a depot at Areacode, but as it turned out to be unsuccessful, he had to mortgage the mills to the East India Company for Rs 1 lakh. A few years later, the British government redelivered it to Mackonochie but when he died in 1806, his property was passed on to the company again, under the mortgage.