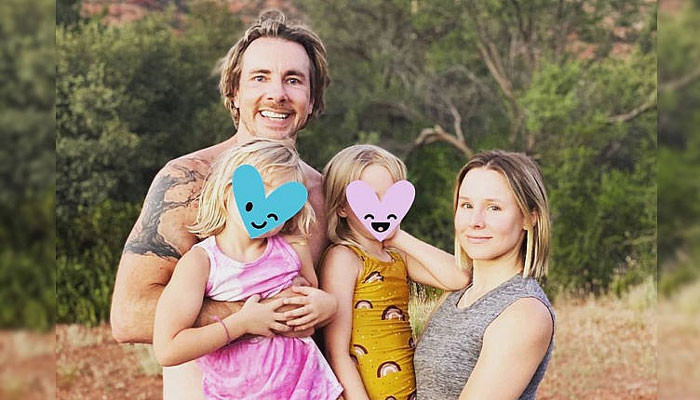 
Dax Shepard and Kristen Bell recently reminisced over the bitter parenting truths they wish were shared before they started a family of their own.

Kristen and Dax spilled the beans while sitting down for an interview with the People and Parents magazine video.

They both started it off by admitting that the one thing they weren’t expecting to happen when they had their first was for their household to get so “loud.”

“I guess I thought they’re littler people, right? They might be less loud. And they’re not,” Kristen admitted. (sic)

“The volume is 3X what a normal person should be, and the problem is it’s not just volume, it’s the consistency of noise.”

Later on into the interview Dax chimed in with his own personal revelation and added, “I wish someone had let me know that I will never have anything nice again.”

“That would’ve been a good heads-up,” he added to the interviewer.

“If you like that there are no crumbs and toys on your floor, say goodbye to it. The quicker you come to accept that you’re gonna live in a pigsty and that everything will be vaguely broken — quicker you can accept that, the happier the experience is. aWe fought it for like six months.” (sic)

After Dax’s revelation, Kristen also jumped in to reaffirm, “It’s not worth the stress. You just gotta surrender, because if you spend your whole time, you’re gonna lose and you’re gonna be mentally fatigued.”

“Then your kids see that you’re stressed ’cause objects are in different places,” she admitted.

Before concluding she added, “Then you just gotta go, ‘But I’m here to spend time with these little people and enjoy them and love them’.”

At the end of the day, “The objects will eventually find their way back. The books will be on the bookshelf, not made into a weird fort in the living room, you know?”