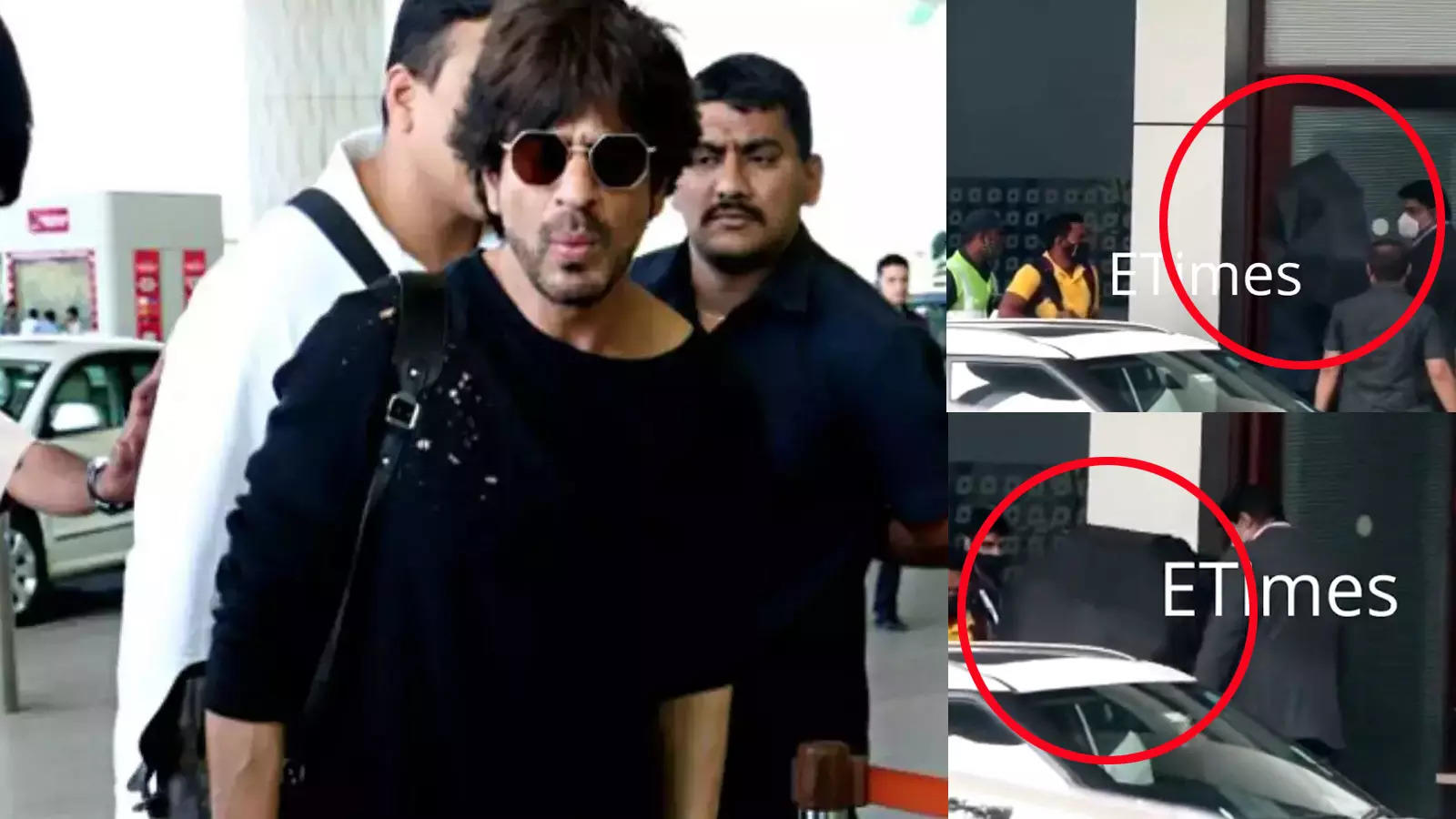 Did Shah Rukh Khan hide under an umbrella to avoid paparazzi at the Mumbai’s private airport? Or, was it Suhana Khan? | Hindi Movie News – Bollywood


All eyes are still on superstar Shah Rukh Khan and his family, despite the fact that his son Aryan Khan is now out on bail in the Mumbai cruise ship drugs case. Every movement of the actor and his family is being tracked by paparazzi and observed by the people. Now, amid such scrunity, Shah Rukh Khan has been clicked at Mumbai’s private airport on Sunday afternoon. Reportedly, he had been returning from New Delhi after wrapping up a meeting, details of which we are not privy to. If it had been under normal circumstances, you would see SRK waving at the fans and even posing for the paparazzi. However, with everything that’s been going on in his life, he chose to avoid the photographers stationed outside completely. As can be seen in the video, paparazzi couldn’t get a glimpse of the superstar. The clip first showed an assistant coming out of the airport, who rushes back inside after taking out an umbrella from the car. A bodyguard is then seen grabbing the umbrella and shielding the person who can be seen walking out of the airport. The black umbrella completely blocked the face of the person coming out of the airport, so, it’s still not clear if it was indeed Shah Rukh Khan himself or a family member. Could it have been his daughter Suhana Khan who was reportedly planning to fly down to Mumbai? Can’t say.