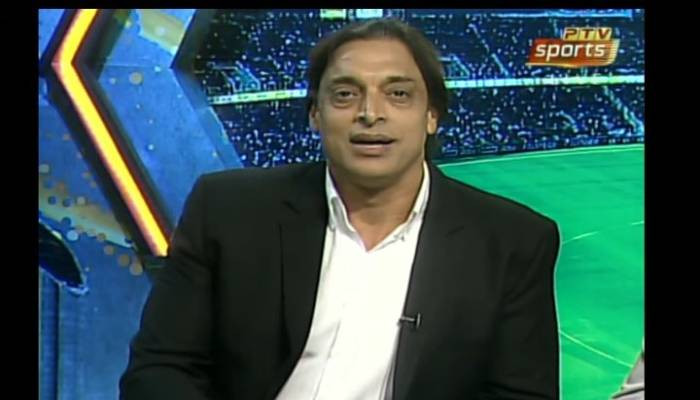 Drama on PTV Sports as Shoaib Akhtar resigns on air, walks off ‘Game on Hai’ | Sports


The PTV Sports show Game on Hai saw some unwanted drama late Tuesday night, soon after the Pakistan vs New Zealand contest in the T20 World Cup concluded and the show’s guests, which included international stars, got together to analyse the game.

As Shoaib Akhtar was going through some cricket trivia — during which he credited the Pakistan Super League’s Lahore Qalandars team for discovering Shaheen Shah Afridi and Haris Rauf — the show’s host, Nauman Niaz, seemed to take offense and snapped back at Shoaib.

“You’re being a little rude and I don’t want to say this: but if you’re being over smart, you can go. I am saying this on air,” Niaz told a dumbstruck Shoaib, cutting him short and moving to the next guest for their comment.

It wasn’t clear what rubbed Niaz the wrong way, and it seemed Shoaib himself was caught off guard.

As the tension in the room heightened following the interruption, Niaz called for a commercial break.

The show later resumed, but the atmosphere remained charged, and Shoaib, despite making an effort, seemingly struggled to get over the way he had been cut off.

He eventually decided to walk away from the show after apologising to the other guests, which included the likes of Sana Mir, Sir Viv Richards and David Gower, among others.

Nauman Niaz, seemingly undeterred by Shoaib’s departure, continued reading from his script as if nothing had happened.

Shoaib later issued a video statement on Twitter clarifying his position on the matter, saying he had been ready to bury the hatchet to prevent further embarrassment.

However, he said he did ask for an apology on air from Niaz, which Niaz refused to give.

“Multiple clips are circulating on social media so I thought I should clarify. Dr Noman was obnoxious and rude wen he asked me to leave the show, it was embarrassing specially when you have legends like Sir Vivian Richards and David Gower sitting on the set with some of my contemporaries and seniors and millions watching.

“I tried to save everyone from embarrassment by saying I was pulling Dr Noman’s leg with this mutual understanding that Dr Noman will also politely apologise and we will move on with the show, which he refused to do. Then I had no other choice,” Shoaib wrote on Twitter.

The incident invited outrage on Twitter, with many calling for Nauman Niaz to be sacked for insulting a national legend on live TV.