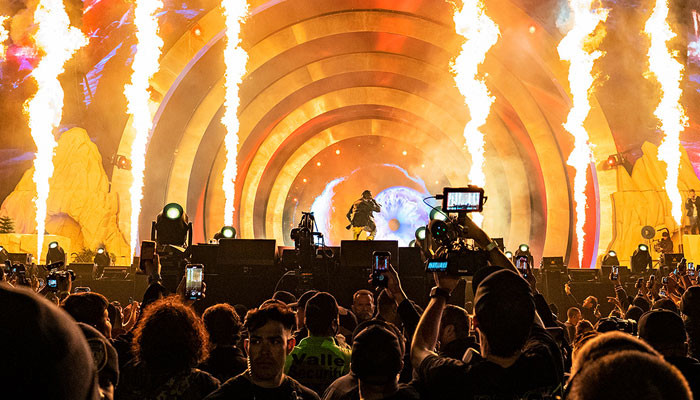 
An ex ICU nurse recently took to social media to highlight the utter lack of medical supplies and personnel at the Astroworld concert.

The nurse described the entire event in an Instagram post that included a caption that read, “Astroworld festival this year was [expletive] terrible. I don’t think i’ve ever been more disturbed. Some of these medical staff had little to no experience with CPR.”

Her post also included a screen grabbed account of the entire situation and admitted, “There was not enough people to rotate out doing compressions on individuals that were actually pulseless.”

“The medical staff didn’t have the tools to do their jobs. and despite the crowd around us trying to get someone to stop the concert they just kept going. even though travis acknowledged that someone in the crowed needed an ambulance.”

She also added, “When I stood up I looked around and people were getting carried out with eyes rolled back into their heads by security, bleeding from their nose and mouth.”

“I yelled ‘has ANYBODY checked a pulse?’ the security guard, frantic, asked me to help him. I checked two people and one did not have a pulse. I told them I was an ICU nurse and then another security guard, hearing that, said, ‘please come help us’.”

In an attempt to explain the entire scene she also added, “Teenagers are doing CPR trying to help but they’re doing it incorrectly, then I see there’s other people doing CPR on people who still have a pulse bc nobody has done a pulse check.”

Before concluding she added, “It was an absolute [expletive] show. People were beginning the crew operating the stage lights and stuff around us to stop the concert and they wouldn’t.”