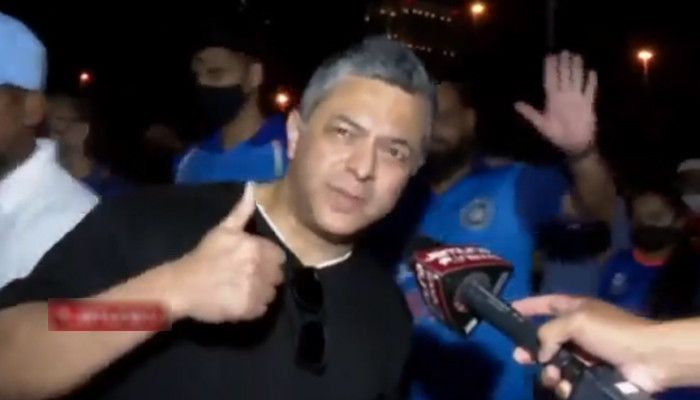 Fan lashes out at BCCI, IPL after India lose against New Zealand in T20 World Cup


A cricket fan lashed out at the Board of Control for Cricket in India (BBCI) and the Indian Premier League (IPL), saying that “they were not gods”, and when push comes to shove, the team has to perform on-ground irrespective of how financially strong they are.

India lost against New Zealand on Sunday during their T20 World Cup clash, as Trent Boult led an inspired bowling attack to steer his team to an eight-wicket victory.

“Something you learn from today — this is what happens when you become arrogant,” the fan said after a reporter approached him following the match.

The fan asked BCCI and IPL to calm down as they were “not gods”.

Virat Kohli-led India have faced sharp criticism on social media after their second consecutive defeat, which left them needing a miracle to reach the semi-finals.

India started the tournament as one of the favourites but heavy defeats to arch-rivals Pakistan and New Zealand have seen their hopes nosedive.

Kohli faces mounting questions about the team’s handling of major tournaments but he has few excuses.

“There’s always going to be more pressure with our games and we’ve embraced it over the years,” he had said. “Everyone who plays for India has to embrace it.

“And when you cope together as a team, you overcome it, and we haven’t done it these two games.”