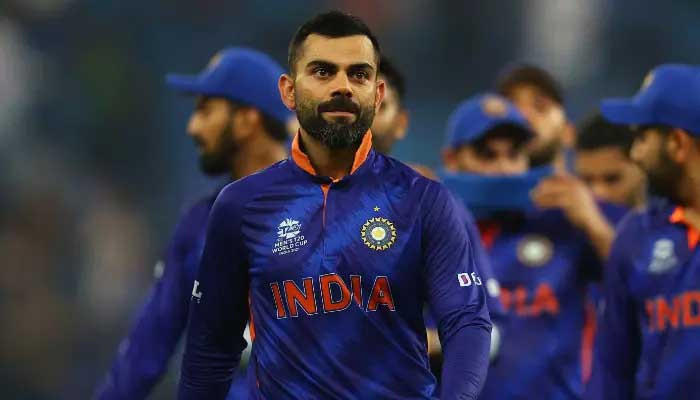 
Former Indian cricket great Kapil Dev criticised skipper Virat Kohli Monday for saying that the team was not “brave” enough in their approach against New Zealand.

“Quite bizarre. To be very honest and brutal upfront, I don’t think we were brave enough with bat or ball,” a visibly shaken Kohli had admitted after the match had ended.

Speaking on ABP News, Dev criticised Kohli’s statement, saying such words do not help lift the mood in the dressing room.

“Obviously, it’s a very weak statement from a player of Virat Kohli’s stature. We all know that he has the hunger and desire to win games for the team,” he said.

“But, if the body language of the team and thought process of the captain is not up to the mark, it’s very difficult to lift the mood of the players inside the dressing room.”

Trent Boult led an inspired bowling attack as New Zealand cruised to an eight-wicket victory over India last night, dimming the Men in Blue’s prospects to reach the semi-finals of the T20 World Cup.

Boult and leg-spinner Ish Sodhi shared five wickets between them to restrict India to 110 for seven after being invited to bat first in the Super 12 clash in Dubai.

Skipper Kane Williamson and Daryl Mitchell, who made 49, put 72 runs for the second wicket as the Kiwis romped home in 14.3 overs and hand India their second straight loss of the tournament.

Jasprit Bumrah denied Mitchell his maiden fifty but the wicket proved a minor blemish for the Kiwis, who bounced back from their opening loss to group toppers Pakistan.

India, who lost their first Super 12 match to Pakistan by 10 wickets, remain in danger of slipping out of the race for the semi-finals.