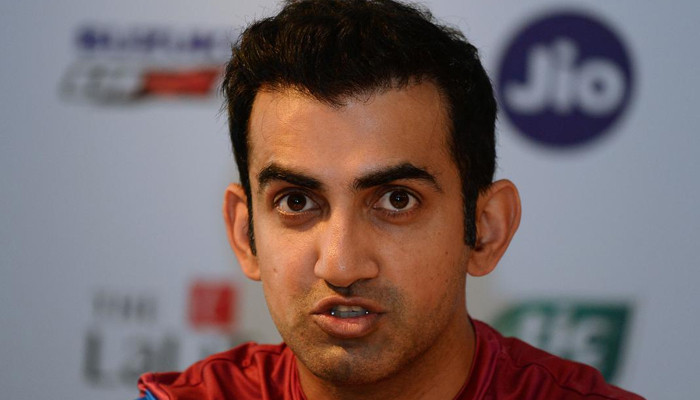 
Former Indian cricketer Gautam Gambhir has lashed out at reports of some Indians celebrating Pakistan’s drubbing of the Men In Blue in the ongoing T20 World Cup.

Pakistan notched up their first-ever win against India in a World Cup match with their crushing 10-wicket victory in Dubai on Sunday, with an unbeaten 79 from Mohammad Rizwan, 68 from Babar Azam, and Shaheen Shah Afridi’s amazing three-wicket haul contributing to the result.

After Pakistan won the match, raucous celebrations were reported from many parts of occupied Kashmir, as well as in India and Bangladesh.

Several Kashmiri students in Indian colleges were attacked by their peers on Sunday night for raising slogans for freedom and cheering following the match.

Taking to Twitter, Gambhir, who seemed upset at the reports, said: “Those bursting crackers on Pak winning can’t be Indian! We stand by our boys! #Shameful.”

Twitterati, however, were not happy at the reaction.

Twitter user Kajol Srinivasan lashed out at the former cricketer and told him that he was no one to be handing out certificates for patriotism.

Rajat Tiwari asked Gambhir to not speak unnecessarily, as he was the harbinger of bad luck. “The team which you said would win has always lost.”

Another user asked the former batter to calm down, referencing images of players of the two teams interacting with bonhomie, reminding Gambhir that “it’s [just] a game”.

“Firecrackers are banned during Diwali but yesterday in parts of India there were firecrackers to celebrate Pakistan’s victory. They must have been celebrating victory of cricket. What’s the harm in fireworks on Diwali,” he had said.