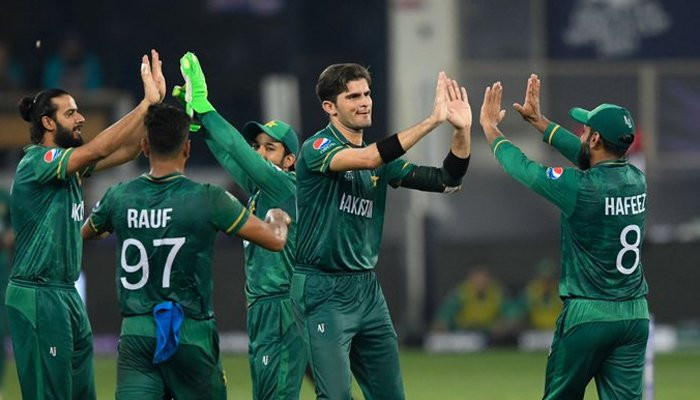 
Pakistan is all set to take on Scotland today (Sunday) in what is being considered a practice match as the outcome will not affect the fortunes of either teams in the group too much.

The Men in Green are the first and only team to have confirmed their place in the semi-finals with four consecutive wins in the Super 12 stage of the ICC Men’s T20 World Cup.

Pakistan will remain on top if they win today, while Scotland will be at the bottom, even with a win, having a poorer net run rate than Namibia.

However, a win will ensure Pakistan finish first in Group 2, and take on the second place finisher in Group 1 in the semis.

For Scotland, it’s another chance to learn from the best. Since their win against Bangladesh in their first game of round one, they haven’t been able to challenge the higher ranked sides as consistently as they might have liked in the Super 12 stage.

After showing a good fight against New Zealand, the Scots were swept away by India. But they are hungry to improve.

“Just the conversations following the game versus India have been positive,” said skipper Kyle Coetzer.

“The fact that we’re so disappointed losing the manner in which we did and the opportunities that were created to go and speak to some of the finest players in the world yesterday was a real special moment. The guys have learned more in the last two or three games than they have in probably the last three, four years, I reckon,” he had said.

Facing the likes of Babar Azam and Mohammad Rizwan, Pakistan’s in-form openers, would be a similarly “exciting” experience, Coetzer said. “We have to go in there respecting them, but also willing to go and try and take them on, too.”

Having already confirmed their place in the semi-finals, Pakistan may choose to rest some of their pace bowlers. They might also be tempted to give Haider Ali or Mohammad Nawaz a game, though they will be wary that a slip-up opens the door to a second-place Group 2 finish and a match against England.

Scotland may not tweak their combination much. They could bring in Hamza Tahir for another left-arm spin option.

Hasan Ali: The Pakistan pace bowler has been more expensive than his colleagues, although he has four wickets to his name in the tournament. If there is a slight chink in the bowling line-up, it may be his form. And Pakistan will be keen for him to get back into rhythm ahead of the knock-outs.

Michael Leask: The Scotland all-rounder has been one of the team’s bright sparks in the tournament, especially with the bat, under pressure. He’s been striking the ball at 165.71, with an ability to clear the ropes.