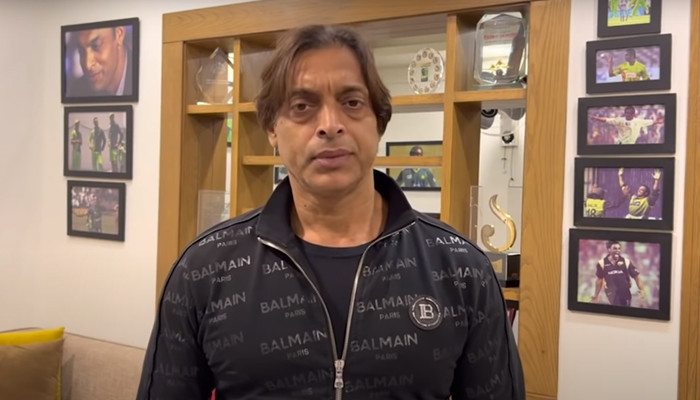 I am backing both India and Afghanistan, Shoaib Akhtar says


Reacting to the news regarding India vs Afghanistan match being fixed, former fast bowler Shoaib Akhar requested fans not to label the match as pre-decided or fixed.

The Pakistani great shared a video analysing the performance of both the teams after India thrashed Afghanistan by 66-runs.

“Please stop talking about the match being pre-decided or doctored,” he wrote on Twitter, adding that such things leave a bad taste.

Sharing his preferred team, he said: “I am backing Afghanistan [and] India both.

“Let’s see if any one of them pulls off a miracle [and] goes through.”

Meanwhile, in his video, he acknowledged the Indian players for their performance and said that things would have been different if they had played with the same spirit in the first two matches.

“I don’t know why the Indian team performed badly in the opening matches, the whole team was badly scattered against Pakistan, but the game that India played against Afghanistan should have been played in the beginning as well,” he said.

He further told Indian players that they shouldn’t be disappointed, there are still tournaments left and “we want to meet you in the final because we have to defeat India once.”

Akhtar said that India has two easy matches ahead of them with Namibia and Scotland. “They should try to score well and improve their run rate.”

The former bowler added, “Now if New Zealand loses a match, India will then be able to reach the semi-finals.”

Taking a jibe at their Mauka Mauka campaign, he said that “We want the final to be [with] India because we want to give them another chance.”