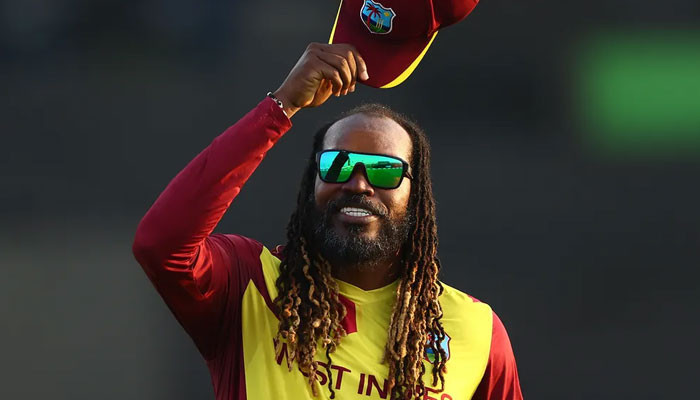 ‘I want to play another World Cup, but they won’t let me,’ Chris Gayle says


ABU DHABI: West Indies superstar Chris Gayle effectively called time on his international career on Saturday when he admitted: “I’d love to play one more World Cup. But I don’t think they will allow me.”

The 42-year-old self-styled “Universe Boss” and his West Indies team lost by eight wickets to Australia at the T20 World Cup, the fourth defeat in five games for the defending champions.

Dwayne Bravo, 38, confirmed he was finished with international cricket, but Gayle was still not ready to join his fellow former captain in quitting.

“It’s been a phenomenal career. I didn’t announce any retirement but they give me one game in Jamaica to go in front of my home crowd, then I can say “hey guys, thank you so much.”

“If not, I’ll announce it and then I’ll be joining DJ Bravo in the backend and say thanks to each and everyone but I can’t say that as yet.”

“We have some guys who have done good things for T20 cricket in our team and around the world. We as people are very proud,” said Pollard whose team had already been eliminated from the semi-final shake-up.

Both Bravo and Gayle were given a guard of honour by the Australian players.

“DJ (Bravo) has been a benchmark for all players coming through, and Chris, he’s someone I look up to,” said Australia opener David Warner who made an unbeaten 89 on Saturday.

Both Bravo and Gayle, key figures in the West Indies’ 2012 and 2016 T20 World Cup triumphs, have seen their powers wane.

In the UAE, Bravo made 26 runs in total and took just two wickets in five games.

Gayle scored 45 runs and took one wicket with his off-spin, fittingly the second and last Australian wicket to fall on Saturday, that of Mitchell Marsh.

Gayle’s place in the squad had been a source of controversy back in the Caribbean even before the World Cup started.

He had hit only one T20 International half-century in the last five years.

It´s a long way from the muscular big-hitting he displayed at the 2007 tournament in South Africa where he made 117 against the hosts in Johannesburg, the first century ever hit at a World Cup.

On Saturday, Gayle was applauded on and off the Abu Dhabi pitch after clubbing two sixes in his brief stay at the wicket where he made a nine-ball 15.

He raised his bat to the crowd, was embraced by all of his teammates and then delighted fans by signing countless items and shirts.

Gayle will head into international retirement with 7,214 runs in 103 Tests with a high score of 333.

He is among a select group of batsmen to have scored two triple centuries in Tests along with Don Bradman, Brian Lara and Virender Sehwag.

“I’ve been through a lot of struggle,” said Gayle.

“But I’ve had a phenomenal career. I want to give thanks to being standing here today, aged 42 still going strong.

He added: “It really hurts bad when we lose games and we don’t get the result. I’m gutted inside for the fans, and especially for this World Cup as well.”

Bravo confirmed he was quitting the international game after a career that brought him 2,200 runs and 86 wickets in 40 Test matches and 2,968 runs and 199 wickets in ODIs.

In T20 Internationals, he made 1,245 runs and took 78 wickets before Saturday’s game where he managed just 10 runs and went wicketless in his four overs.

“Dwayne was a trailblazer in T20 cricket and set the standard for how the newest format of the game should be played,” said Cricket West Indies president Ricky Skerritt.