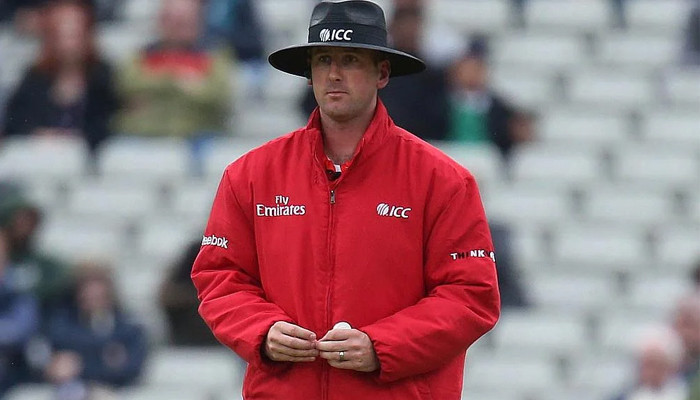 Confirming the news, ICC spokesperson said that the Bio-Security Advisory Committee has instructed umpire Michael Gough to isolate for six days due to a breach of the event bio-security protocols.

According to the media reports, the international council is looking into the matter and is investigating further while the 41-year-old umpire is currently under isolation.

Gough, 41, was responsible for the international men’s match on Sunday but Marais Erasmus took his place for New Zealand’s victory over India in Dubai following confirmation that he had stepped outside of designated areas for officials at the tournament.

According to the rules set by the council, everybody — including the players, umpires and their families — has to stay within the bubble and in case they leave the bubble environments created at hotels and cricket grounds around the United they will have to isolate themselves.

Meanwhile, the COVID-19 testing Michael Grough is being conducted on a daily basis.