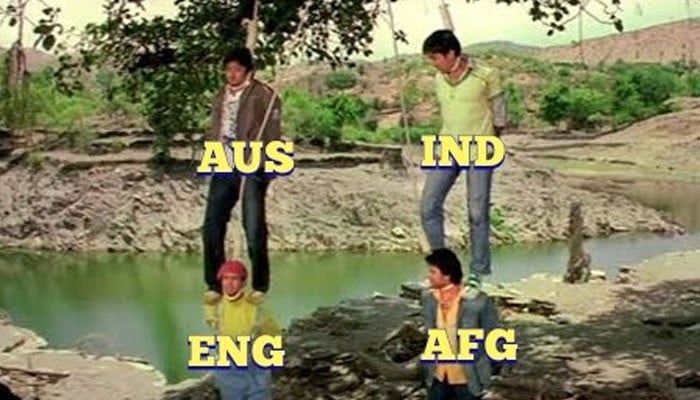 
Since the start of the ICC Men’s T20 World Cup, Twitter has been the most used pitch by fans to praise, troll and comment on the ongoing series.

While the series is coming towards its end, there is still a lot of buzz around who will join Pakistan in the race to the final from Group II.

Indian cricket fans are anxiously waiting for the Afghanistan-New Zealand clash this Sunday, as it is their only ray of hope to keep Virat Kohli’s side in the game. It’s really simple for India: if Afghanistan wins the match, India has a chance to qualify for the semi-finals.

The Black Caps, unlike India, have six points, and are placed on number two in the group after Pakistan and have their fate in their own hands. This means that a victory over Afghanistan Sunday will ensure they are through to the semi-final stages.

Quite simply, a victory for New Zealand is the worst possible result for India.

While Virat Kohli’s side is gearing up to perform well, Indian fans are also praying for Afghanistan to defeat the Kiwis in today’s fate-decider match.

Here are some memes and videos from Twitter that will enlighten your spirit ahead of the New Zealand-Afghanistan match:

Meanwhile, Ashutosh is rooting his hopes on God ahead of the match.

A Twitter user shared a meme on how the Afghan’s would have felt after seeing support from Indian fans.