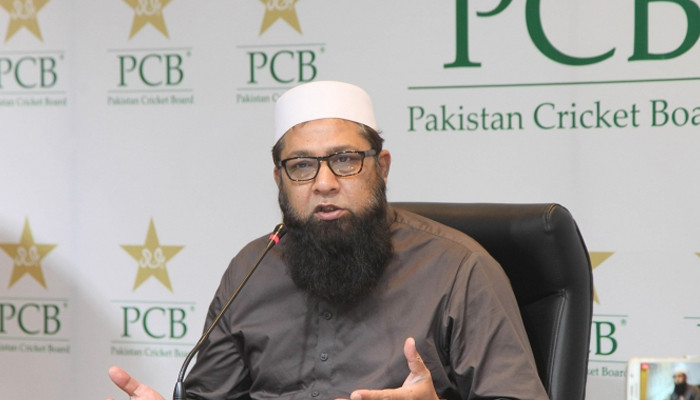 Inzamam gives Men in Green important advice ahead of clash

Pakistani bowlers should have adequate match practice when it comes to defending the team’s total with the dew, the former batter said on his official YouTube channel.

“This is Pakistan’s third tough match in the group stage but there won’t be any such matches after this as they play Namibia and Scotland. I think if Pakistan win the toss, they should bat first and test their batting strength and then ask the bowlers to defend the target. There is dew in the second half of the match and our bowlers should be practised enough to bowl in such conditions,” he said.

“This will help us if we face such a scenario in the semi-finals,” he added.

Talking about Pakistan’s upcoming fixtures, he said: “I think we will continue with the same team combination for the Afghanistan match. Although, if we win, which I’m confident we will, we should test our bench strength in the remaining matches so that other players get an opportunity as well. This will help us if we need injury replacements in important matches.”

The Pakistan cricket team will play their third match of the Super 12 stage in the ICC T20 World Cup against Afghanistan at the Dubai International Stadium today (Friday), as both teams, so far undefeated, eye to seal their berth in the semi-finals of the world’s biggest tournament.

A weekend capacity crowd is expected from amongst the huge expatriate population of both nations who live and work in the Gulf.

With two early wins, Pakistan’s chances of reaching the semi-finals are bright. However, given the conditions in the United Arab Emirates (UAE) and Afghanistan’s performances so far, Afghanistan is also considered a dangerous side.

Pakistan thrashed India well in the first match, beating the team by 10 wickets. They also easily defeated the Kiwis in their second match.

Afghanistan have emerged as a dangerous side in the tournament as in their warm-up match, they easily defeated defending champions West Indies. They also beat Scotland by a huge margin of 130 runs in the Group Two match.