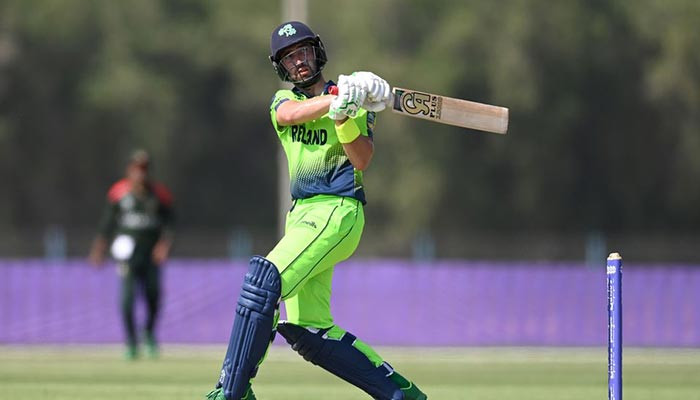 Ireland overcome Bangladesh, Scotland and Namibia serve up a run-fest


With the ICC Men’s T20 World Cup 2021 just days away, the warm-up matches are underway. Here’s a round up of the action from Thursday’s warm-up matches.

In Abu Dhabi, Ireland fine-tuned their preparations for Round 1 by clinching a victory against Bangladesh. Batting first, they posted a total of 177/3 on the board, and then bowled Bangladesh out for 144, which will do their confidence a world of good leading into the tournament.

In another fixture in Abu Dhabi, Sri Lanka clinched their second win in the warm-ups by registering a relatively comfortable victory against Papua New Guinea. The Lankans put up a score of 162/5 on the board and then managed to restrict PNG to 123/7 in their 20 overs.

Over in Dubai, the Netherlands won their second warm-up fixture against Oman in a hard-fought encounter. Chasing 166, Oman fell short by a mere four runs after being restricted to 161/8. It was a good batting performance by the Dutch, who put up a total of 165/4 on the board.

The second warm-up fixture of the day in Dubai between Scotland and Namibia was a run-fest. Batting first, Scotland put up a massive total of 203/7 on the board. Namibia came up with a valiant effort while chasing, scoring 184/5 in their 20 overs, falling short by 19 runs.