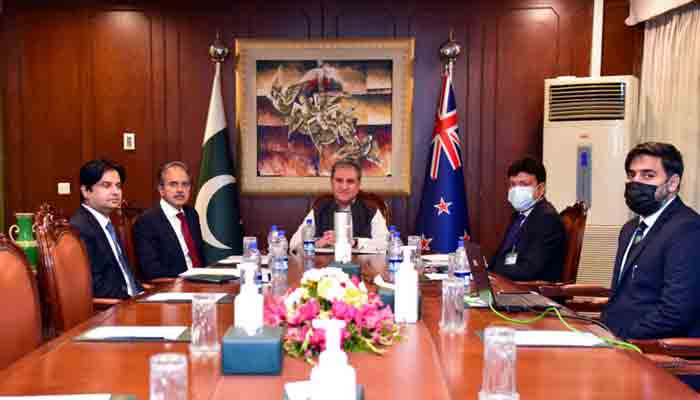 Talking about the prevailing situation in Afghanistan, FM Qureshi underscored the need for taking emergency measures to deal with the humanitarian crisis in the country.

Matters of mutual interest, regional situation and other issues were  also discussed during the virtual meeting.

Speaking on the occasion, the NZ foreign minister thanked Pakistan for helping in evacuating its citizens from Afghanistan after Kabul fell to the Taliban.

Earlier on October 7, Chairman Pakistan Cricket Board Ramiz Raja had said that the New Zealand Cricket had contacted the PCB regarding the rescheduling of the home series against Pakistan and “good news will be announced within a week”.

Speaking before the Senate Standing Committee on Interprovincial Coordination on different aspects and future goals set up for Pakistan cricket, Raja had said: “The PCB may put forward its terms before the NZC by choosing the month of November in 2022 for the rescheduling of the recently postponed series.”

The New Zealand cricket team had abandoned the tour minutes before the start of the first ODI in Rawalpindi last month citing security threats from their government despite assurances from the Pakistani authorities.