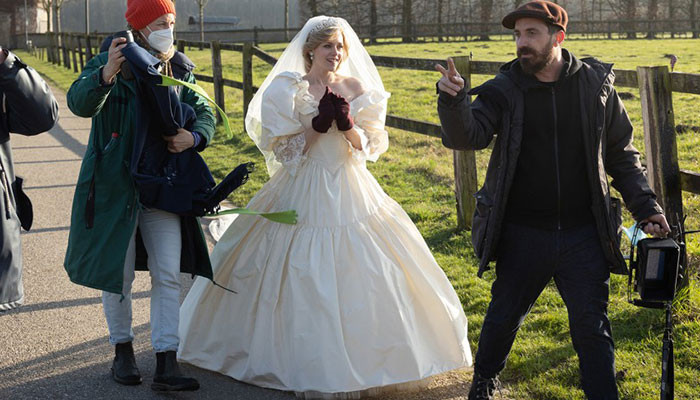 
Kristen Stewart got candid about how she felt when putting on a replica of late Princess Diana’s iconic wedding dress.

While one might have expressed excitement, it wasn’t the case for the actress as she admitted that she felt off when filming Spencer.

“Putting that on was a spooky day,” she told Entertainment Today.

In the movie, where Kristen plays as Diana, it shows the wedding dress scene in a “montage” of multiple moments like a flashback.

The actress said that the move was to make sure that viewers get a “taste” of what her life was life.

“Even though I play her as a speculatively 29, 30-year-old person, we still wanted to give a taste of the scope of her life,” the actress shared.

“Kind of touch on every part.”