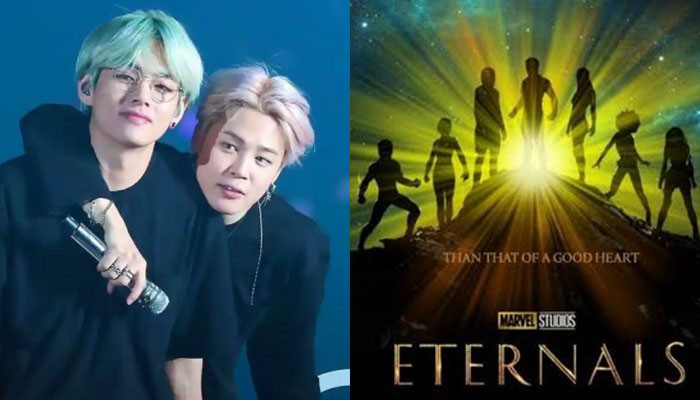 
Reports reveal the Marvel’s Eternals will include a soundtrack sung by BTS’ Jimin and V, titled Friends.

At this point in the report, it is speculation made popular by the reports of major news outlets and rumours claim the soundtrack will accompany the film’s international release.

For those unversed, the track, Friends is part of BTS’ Map Of The Soul: 7 album and showcases the relationship between two friends, portrayed by V and Jimin.

The song has also been produced by the ‘Angel’ nicknamed singer as well and is his fourth production.

The music video tells the tale of an alien race that’s bonded with members of Earth, and they would do anything for their earthling counterparts.