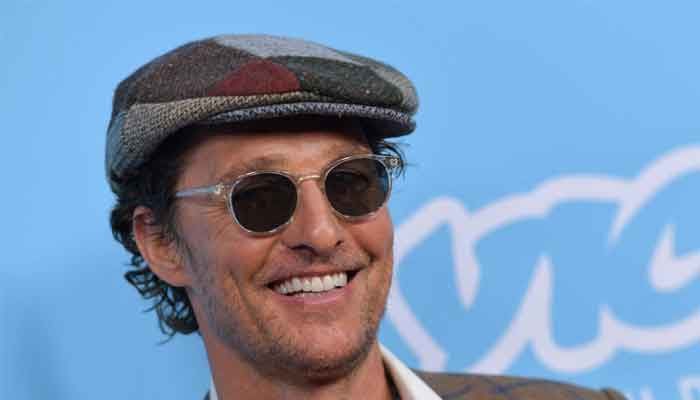 
Matthew McConaughey´s transformation from rom-com heart-throb to serious Oscar-winning actor for “Dallas Buyers Club” was so remarkable it earned its own neologism.

Could another “McConaissance” be on the cards, as the category-defying A-lister mulls a run for governor of his home state of Texas, potentially as a third-party candidate next year?

“Look, it´s been discussed. It´s a possible avenue,” McConaughey, 52, told AFP in an interview via Zoom.

“I would call myself aggressively centrist. Not because that´s the place of gray and compromise… I think today it´s a daring space. It´s the space of outlaws.”

McConaughey´s outlaw bona fides are well established in his new book “Greenlights,” with anecdotes including the time he “bongoed naked until the cops arrested me” for disturbing the peace, drug possession and resisting arrest.

At the peak of his fame, the actor ditched Los Angeles for an ecstasy-fueled hike through the Amazon, and at other times would ask film directors to fly out and meet him at provincial airports as he spontaneously criss-crossed the United States in an RV.

But soon after becoming a father in 2008, the “How to Lose a Guy in 10 Days” star told his agent to turn down future rom-coms, no matter how lucrative the offers, as he pursued grittier, more challenging fare.

“Rom-coms are built to be light. They´re Saturday afternoon characters,” he said.

“I became a father. My life takes on sincere and deep meaning right then. I was in the Monday morning of life, not the Saturday afternoon,” added McConaughey.

Now McConaughey´s political ambitions have caused excitement in liberal circles, and particularly those appalled at Texas governor Greg Abbott, who signed a highly restrictive law banning most abortions. It is now being challenged before the US Supreme Court.

But McConaughey, hailing from a small town in deep Texas and raised in a religious family, does not seem any more enamored with the Democrats than Republicans such as Abbott.

“Each party is claiming to be democracy itself, and in doing so can´t much tell you what they´re about,” said McConaughey.