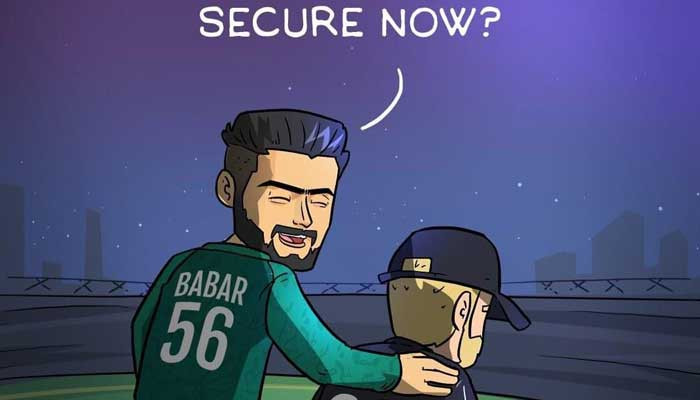 
In typical Green Shirts style, where fans hold on to the edge of their seats till the last over, Pakistan on Tuesday seemed to be in trouble for a bit but sure enough secured victory over New Zealand and kept their unbeaten streak in the T20 World Cup going.

Pakistan defeated the side that had pulled out of its tour of the country in September due to “security concerns”, in a satisfying culmination to the controversy.

As soon as victory was in hand, a Twitter storm was witnessed, with Pakistan supporters making cheeky references to the very issue of “security”, with the word becoming one of the top trends on the platform in short order.

“I hope the security issue has been resolved now. Team NZ, anything else? We can clear that too. Proud of you, team green. We surely know how to win,” he wrote.

One user shared a video of the crowd yelling “security, security” from the stands in Sharjah.

Another user said she knows now what security threat the Kiwis had been worried about, showing photos of Asif Ali and Haris Rauf.

Other memes began circulating on WhatsApp as well.