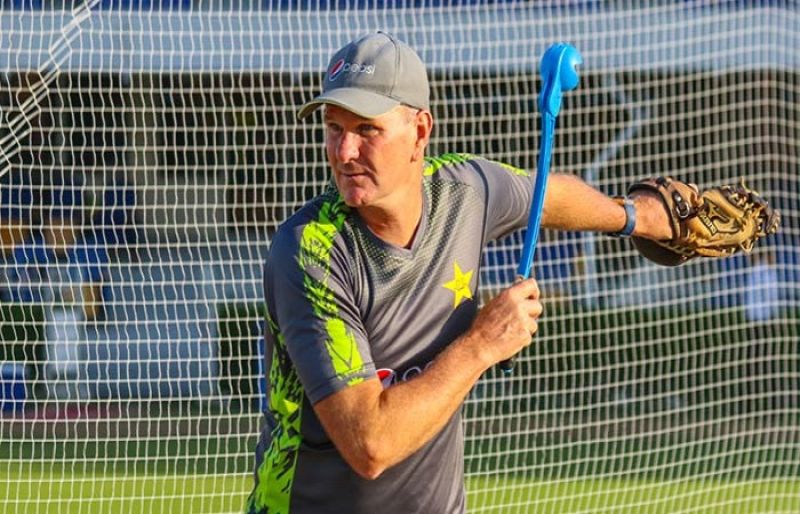 
Grant Bradburn on Friday stepped down from the head of high performance coaching role to pursue further coaching opportunities.

Per a statement issued by the Pakistan Cricket Board (PCB), during Bradburn’s three-year stay in Pakistan, the former New Zealand Test spinner served Pakistan cricket as the national side’s fielding coach from September 2018 to June 2020, before taking on the development of coaching responsibilities.

“He remained a popular figure within the cricket fraternity and is regarded highly by players, coaches and colleagues,” it read.

Commenting on his decision, Bradburn said: “It has been an honour and privilege to serve Pakistan, providing challenge and support, to drive the players, coaches and teams forward.”

“I will leave PCB grateful for the wonderful opportunities and the experiences I have gained,” he added.

The former cricketer stated that as a foreigner, he felt welcomed and valued by his present and former PCB colleagues, players, officials and the Pakistan public.

“I have always felt safe here, loved exploring this wonderful country and made many lifetime friends,” he added.

Commenting on his family life, he stated: “My wife Maree and three children have also sacrificed a lot in allowing me to serve Pakistan cricket.”

“COVID-19 regulations made it challenging for them to visit Pakistan and feel the warmth, love and friendship this country offers. It is now time for me to prioritise family and move forward to the next coaching challenge.”

“He was always full of energy and ideas, a number of which he implemented following the restructuring of the National High Performance Centre,” Khan said, adding that he thanks Bradburn for his contributions to Pakistan cricket and wish him well in his future endeavours.