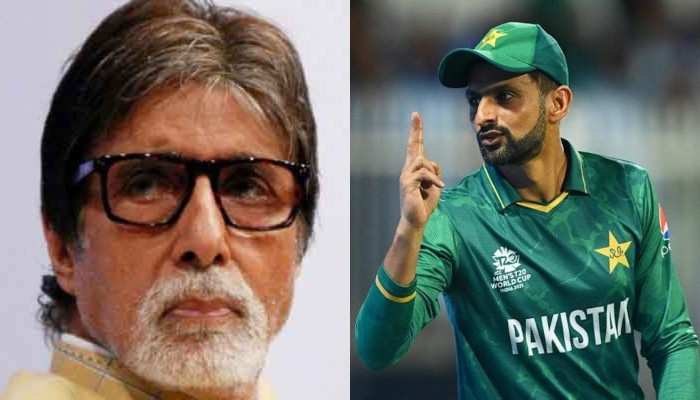 
Pakistan cricket fans are on a high these days, after the Men in Green not only qualified for the semi-finals of the T20 World Cup but also remain, till this day, undefeated.

For many Pakistanis, India’s ouster was the icing on the cake, as the Afghanistan team floundered against a formidable New Zealand side on Sunday, paving the way for Kane Williamson XI to secure a berth alongside Pakistan, from Group 2, for the semis.

However, legendary Indian actor Amitabh Bachchan had, a day earlier, praised KL Rahul for scoring the “fastest 50” in this year’s T20 World Cup.

“Irrespective of what the results of tomorrow’s NZ v AFG game are in the T20 ICC World Cup .. remember this .. we have scored the highest total , till date , in the tournament ; KL Rahul made the fastest 50 ; and we defeated the opposing team, in a record 6+ overs,” he had tweeted.

When Shoaib Malik equalled that same record, scoring a half-century in 18 balls against Scotland Sunday, Pakistani Twitterati took to the micro-blogging site to troll Amitabh Bachchan.

Saima told the Bollywood icon to “remember the name” of Shoaib Malik.

MS Salim took a dig at Mr Bachchan, reminding him that India has another unique “achievement” to its name: it remains the only team in the tournament, so far, to lose by 10 wickets.

Aqsa told Amitabh not to brag when his “son-in-law” (Malik) exists.

Another Twitter account tweeted a picture of Sania Mirza clapping for her husband, from the stands, as he scored his blistering half-century. No words necessary.

Pakistan will now take on Australia in the semi-final of the T20 World Cup on Thursday, at 7pm, on November 11.