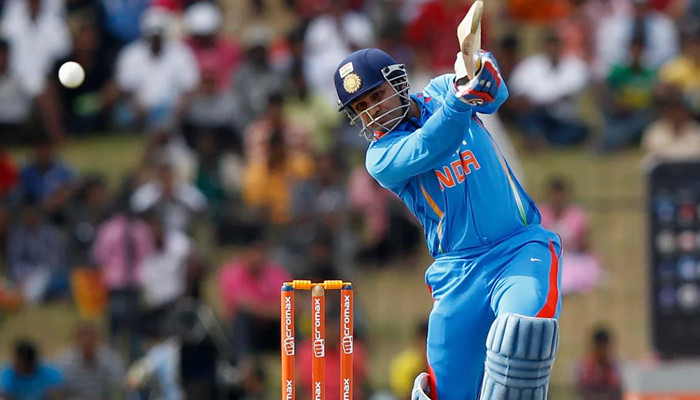 
Former India batsman Virender Sehwag said Pakistan always has more chances of beating India in the 20-over format, as the two teams are set to go toe-to-toe in a high-octane clash on October 24.

The former cricketer, speaking during a show on ABP News, said: “Pakistan always has more chances because they might not play that well in the longer 50-over format. In this format, even one player can defeat any team. But still, Pakistan hasn’t been able to do that, we’ll see what happens on the 24th.”

“We are hearing the same thing for the past so many years. And the buildup is always the same that it’s a huge game and it is. This topic is always in the discussion that Pakistan hasn’t won a match against India in the World Cup and the debate about whether they can win this time is the same too,” he said.

Sehwag believes team India have always handled the pressure better than their Pakistani counterparts — as the Men In Green have never been able to beat the Men In Blue since 1992 in world cups. Both teams have faced off 12 times — 7 ODIs and 5 T20Is — and India have always emerged victorious.

“If I talk about the 2011 World Cup or the 2003 World Cup, we are under less pressure because our position remains better than Pakistan in the World Cup. So, in my opinion, when we play with that attitude, we never give big statements,” Sehwag said.

“There are always some big statements from the Pakistani side like he [Pakistani news anchor] said at the starting of his show that ‘We are going to change the date’. India never says such things because they go better prepared. And when you go better prepared, you already know what the result would be,” he added.