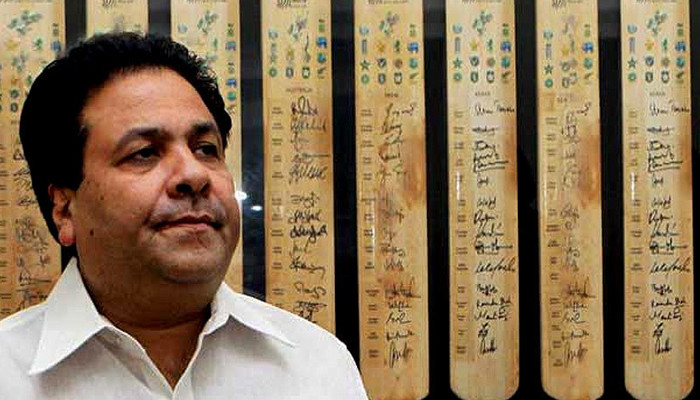 
Reacting to the calls for cancelling the much-anticipated Pakistan-India match, Board of Control for Cricket in India (BCCI) vice president Rajeev Shukla said the board can not pull out from “international commitment.”

With only a few days left in the T20 World Cup clash between Asian giants and arch-rivals India and Pakistan, calls for cancelling the match were getting steam in India after a union minister said it should be “reconsidered” on Sunday.

India Today reported that Shukla clarified that countries could not back out of commitments that had been once made in tournaments organised by the International Cricket Council (ICC).

Condemning the recent tensions in occupied Kashmir, Shukla said as far as the Pakistan-India match is concerned, “under ICC’s international commitments you can’t refuse to play against anyone. You have to play in ICC tournaments.”

Arch-rival Pakistan and India are scheduled to play against each other on October 24.

India’s Punjab Minister Pargat Singh had also said a few days earlier, saying that the match should be cancelled because the situation at the border is “not ideal”.

“India vs Pakistan match in T20 World Cup shouldn’t be held because the situation at the border isn’t ideal and both the countries are currently going through a stressful period,” he said.

He said it was of the utmost importance that “we have to guard humanity and not do anything that may end up putting further stress on the relationship between the two countries.”

Earlier, Indian skipper Virat Kohli spoke about India’s clashes against Pakistan, adding that he had “always approached this game as just another game of cricket”.

Commenting on the expensive tickets, the Indian skipper had acknowledged the hype created for this particular match.

“There is a lot of hype created around this game more so with ticket sales and the demands of tickets and right now, the value of those tickets is ridiculously high,” he had said, adding that it is all that he knows.

“My friends are asking me whether there are tickets left, right and centre, and me saying no. It’s probably the only change that I experience from any other game,” he had said, in a reply to a question whether the India-Pakistan encounter is the top game for an Indian in a World Cup.

However, the star cricketer did not deny the fact that the overall buzz is different.

“Yes, the environment is different on the outside from the fans’ perspective, it is definitely louder, definitely more excitement in the air,” he said, adding that apart from that, from the players’ point of view, “we stay as professional as we can and always approach this game in the most normal way possible.”