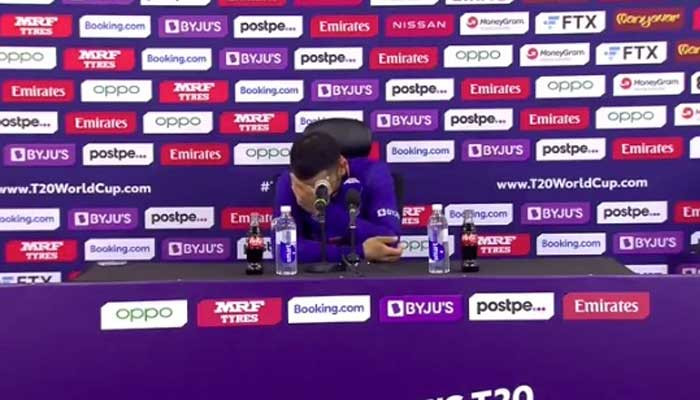 
Indian skipper Virat Kohli was stunned Sunday night when a reporter asked him an “unbelievable” question during the post-match conference.

Pakistan defeated India by 10 wickets as the two teams locked horns in their opening match of the ICC Men’s T20 World Cup.

As Kohli sat for the post-match conference, he was quite stunned at one reporter who wondered whether including Rohit Sharma in the playing XI was a mistake.

The reporter asked Kohli whether the Indian skipper should have dropped Sharma and instead, played left-handed opener Ishan Kishan.

A baffled Kohli labelled it a “very brave question”.

“That’s a very brave question. What do you think, sir? I played the team that I thought was the best. What is your opinion?” he said.

Kohli took a dig at the reporter before taking the next question.

“Sir, if you want controversy, please tell me before so I can answer accordingly,” he added.

Even ICC tweeted the video from its official account, amused by the reporter’s bizarre question.

Shaheen Afridi trapped Sharma LBW in the very first over, and dismissed Rahul on the first delivery of his second over.

India never recovered from the early setbacks, handing Pakistan a mediocre total of 152 runs to win the blockbuster clash.

In response, Babar Azam and Rizwan made no mistakes, clinching the game comprehensively against the Indian squad.