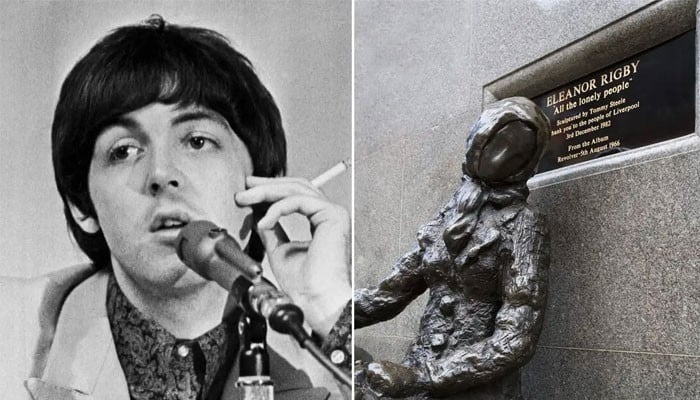 
British music icon Paul McCartney is opening up about The Beatles’ superhit track Eleanor Rigby and the woman who inspired it.

In an essay penned for The New Yorker, the former Beatles member threw light at his creative process when writing the song.

The hit track was released on August 5, 1966, as the second song on their seventh album, Revolver.

He opened up about the song’s titular character, who has for long been a topic of mystery for all fans of the classic rock band.

McCartney refuted the long-standing theory that it was inspired by a grave marked as ‘Eleanor Rigby’ at Woolton’s St. Peter’s Church, where he and John Lennon first met in 1957 as teenagers.

The 70-year-old said the real person who inspired the song was “an old lady that I got on with very well.”

“Growing up, I knew a lot of old ladies — partly through what was called Bob-a-Job Week, when Scouts did chores for a shilling,” McCartney clarified.

“You’d get a shilling for cleaning out a shed or mowing a lawn. I wanted to write a song that would sum them up,” he wrote.

“I don’t even know how I first met ‘Eleanor Rigby,’ but I would go around to her house, and not just once or twice. I found out that she lived on her own, so I would go around there and just chat, which is sort of crazy if you think about me being some young Liverpool guy,” he shared.

“I still vividly remember the kitchen, because she had a little crystal-radio set. So I would visit, and just hearing her stories enriched my soul and influenced the songs I would later write,” he revealed.

He also explained how he ended up choosing the name Eleanor Rigby for the song, which was initially titled Daisy Hawkins.

After working with actor Eleanor Bron on The Beatles 1965 film, Help!, he decided to use her name for the song.

As far as ‘Rigby’ is concerned, McCartney said he saw the name on a shop sign somewhere in Bristol, England.