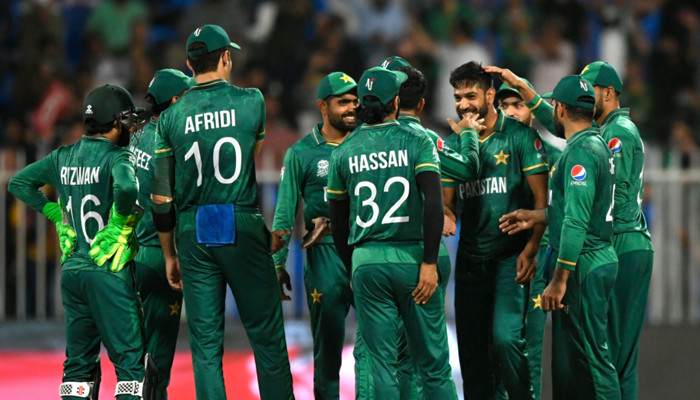 
The Pakistan Cricket Board (PCB) on Monday announced an 18-player squad for the T20I series against Bangladesh, which is slated for November 19, 20, and 22 in Dhaka.

The only change in the side that has qualified for the ICC Men’s T20 World Cup 2021 semifinals is Mohammad Hafeez.

The batter opted out to allow younger batters to perform and gain international experience and exposure after discussions with Chief Selector Muhammad Wasim.

As such, Iftikhar Ahmed, who is in good form, has been added to the middle-order that also includes Haider Ali and Khushdil Shah.

Pakistan squad for the two Tests, which will be played from 26-30 November and 4-8 December in Chittagong and Dhaka, respectively will be announced in due course.

Meanwhile, the Pakistan Cricket Board has retained the same team management, which is presently in the United Arab Emirates, barring batting consultant Matthew Hayden who is not available due to prior commitments.