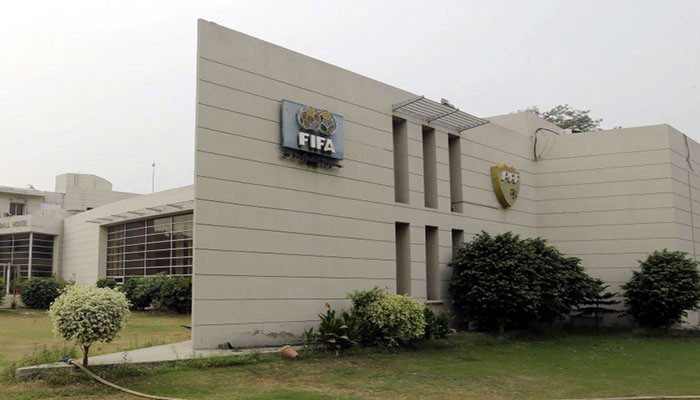 
KARACHI: In a bid to resolve their issues, Pakistan Football Federation (PFF) President Syed Ashfaq Hussain Shah has extended an offer to have a dialogue to Federation Internationale de Football Association (FIFA).

Talking exclusively to The News Saturday, Ashfaq Hussain said, “You know, we are open to discussion. FIFA should send a representative or a delegation or they should invite us for a dialogue. We are always open to discussion and want to resolve the matter.”

“You know we had handed over the headquarters and accounts to [the] FIFA-appointed Normalisation Committee and the world body’s official Alex Gross was witness to that. We had fully supported and respected FIFA and its NC but unfortunately, the NC left us disappointed by doing nothing towards elections despite spending a long time in office,” he added.

‘We have written several letters to FIFA to no avail’

The PFF chief said that they had written several letters to FIFA and AFC to no avail. He said, “We shared with them audio recordings and evidence of corruption and manipulation of elections, but they did not respond and it’s unfortunate.”

“We believe in negotiations. We cannot trust the present NC as we have been deceived several times by it. Look, we are even ready to sit with the current NC, but they don’t have the courage to meet us. Haroon Malik never tried to sit with us and negotiate the matter. NC’s members are happy to get huge packages without doing anything,” he noted.

“We have submitted our election mechanism with the government, but we have not yet been contacted by anyone. We want fair and transparent elections and are even ready to hand over NC a complete portion in the Football House in Lahore if the government gives us a guarantee.”

Ashfaq said that they were serving football. “If I am not required, I will go. You know I have no vested interests and am doing my job honestly for the betterment of football. We are holding the Premier League and will keep making efforts for football development,” he said.

Asked about the news conference held by a group in Lahore the other day asking them to vacate the headquarters by November 10, Ashfaq said, “Let them do it. They cannot do anything through such threats. Who were the people present in the news conference? You know that. They are opportunists, jumping from one group to another,” he said.

The NC, in a response to the Ashfaq group’s conditions, had said a few days ago that the group would have to hand over the PFF headquarters to NC unconditionally.

“Why do these people want the Football House?” asked Ashfaq. “It means they want something different and are not going to hold elections. Haroon had focused on events rather than doing anything towards holding elections,” he added.

The Ashfaq group, which formed the PFF in December 2018 under a Supreme Court order, had handed over headquarters and accounts to NC in September 2019. However, NC under Humza Khan, failed to do anything towards elections despite spending a long time in office.

Then the NC was recomposed and Canada-based Haroon was brought in as its chairman but he also did not take any positive step towards elections.

The IPC Minister, Dr Fehmida Mirza, has held long discussions with all parties but so far her struggle has not borne any fruit.