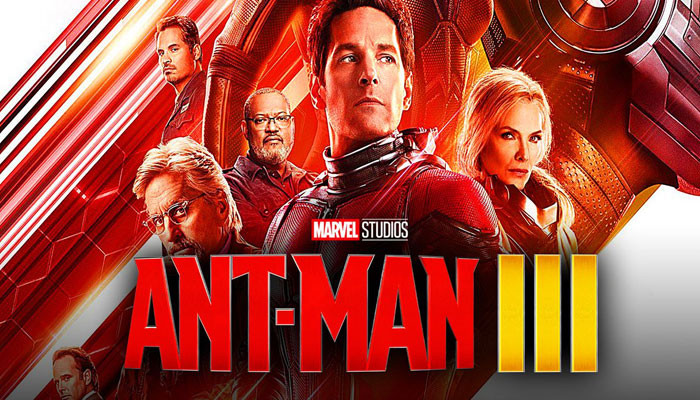 
Marvel’s Ant-Man and the Wasp: Quantumania has been revealed to have a strange new logo in the latest leaked pictures from the set.

Fans of the action-packed film, slated to release in February 2023, still don’t know much about its storyline. However, they have found the first look of new variant of Ant Man 3‘s logo.

The crew of film reportedly shared behind-the-scene pictures from the set in which a rather bizarre logo, embossed behind a chair can be spotted.

In a photo shared on Twitter, ‘Ant-Man and the Wasp’ can be read, written in a regular style. What stands out and a bit odd is the ‘Quantumania’ written below it in a strange big, blue font.

Fans are speculating that the peculiar font is hinting at the multiverse plot of the movie.

The film, directed by Peyton Reed, unites Paul Rudd and Evangeline Lily who are expected to continue their quantum realm exploration.

While, the Loki actor Jonathan Majors is playing the role of Kang the Conqueror – the main antagonist in the film.