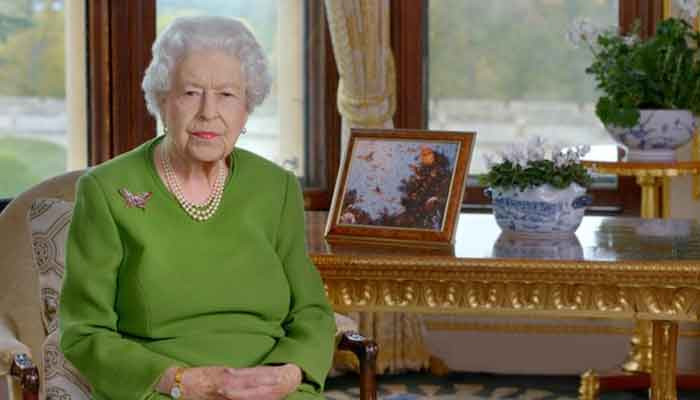 
Queen Elizabeth addressed the world leaders via video from Windsor Castle as she was not able to attend the event in Glasgow on doctors’ orders.

At the United Nations Climate Change Conference, known as COP26, the guests all paused to watch and listen to the Queen’s speech as she addressed the world leaders.

The Queen said she “couldn’t be more proud” of her son Prince Charles and grandson Prince William in their climate crisis fight – but Prince Harry was notably missed from her praise.

The 95-year-old monarch also paid touching tribute to her late husband Prince Philip’s decades-long climate fight, a spirit which she said now lives on in Charles and William.

“It is a source of great pride to me that the leading role my husband played in encouraging people to protect our fragile planet, lives on through the work of our eldest son Charles and his eldest son William,” the Queen said.

“I could not be more proud of them.”

The Queen also paid homage to those who have enthusiastically taken on the climate crisis in their own lives, including the younger generation.

Wearing a green dress and butterfly broach, she instead spoke to the summit via video link recorded at Windsor Castle.

Addressing the world leaders via video, Her Majesty said: “In the coming days, the world has the chance to join in the shared objective of creating a safer, stabler future for our people and for the planet on which we depend.

“None of us underestimates the challenges ahead.

“But history has shown that when nations come together in common cause, there is always room for hope.

“Working side-by-side, we have the ability to solve the most insurmountable problems and to triumph over the greatest of adversities.”

Prince Harry’s grandmother also urged the leaders to “rise above the politics of the moment” and ”achieve true statesmanship” when addressing the climate crisis. The Queen ended her speech telling the world leaders that “the time for words has now moved to the time for action”.