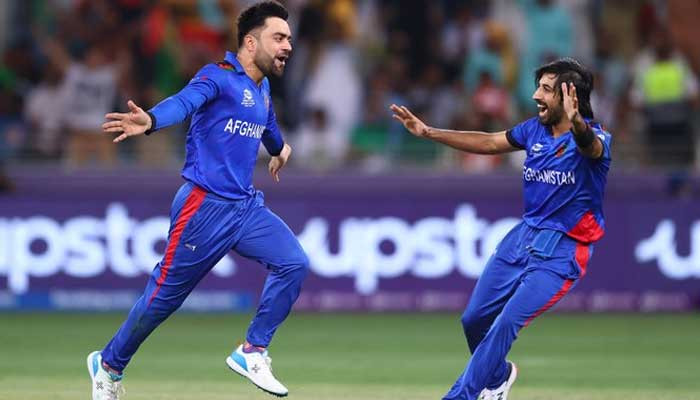 
Rashid Khan has become the fastest bowler to reach 100 T20I wickets when the right-arm leg spinner took two wickets in the Pakistan-Afghanistan clash on Friday.

The spinner reached this milestone when he took the wicket of Pakistan’s Mohammad Hafeez in Dubai, playing his 53rd T20 international.

He surpassed Sri Lanka’s Lasith Malinga to become the quickest bowler to do so. Malinga reached the feat in 76 T20Is, Rashid did in 23 T20Is less than the Sri Lankan bowler.

Rashid is also only the fourth bowler who has so far taken 100 T20I wickets. The chart is led by Shakib Al Hasan of Bangladesh, who has 117 wickets under his belt.

Lasith Malinga comes in at number two with 107 wickets under his belt while New Zealand’s Tim Southee has 100 T20I wickets to his credit.

The Afghan cricketer was named ICC’s T20I Player of the Decade last year for his remarkable performance in the shortest format of the game.