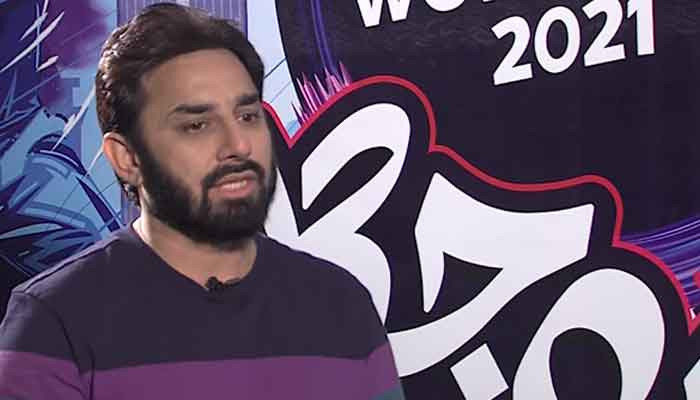 Speaking to Cricket Pakistan, Ajmal said that players should treat each other well because cricket brings people together.

“I think Amir made a mistake by jumping in that conversation [between Shoaib Akhtar and Harbhajan Singh] and he should apologise for it. It was a discussion between two great cricketers and Amir made the wrong choice by getting involved in it,” he said.

Mohammad Amir and Harbhajan Singh had been embroiled in a war of words a couple of days ago when the former taunted the latter after India beat Pakistan in the T20 World Cup match on October 24.

Harbhajan responded to Amir, and the two traded barbs, bringing everything into the mix from Amir’s spot-fixing controversy to Shahid Afridi smashing Harbhajan for four consecutive sixes in a 2006 Lahore Test match.

During the interview, Ajmal also spoke about the Pakistan cricket team’s performance so far in the World Cup, adding that he was pleasantly surprised by the energy and performance of the team.

“If you look at our performance in T20 cricket in the last couple of years, we were in a position where we could not even form a team. Keeping that in mind, seeing such a performance was unbelievable and I loved watching them play,” he said.

“We were usually caught in a situation of ifs and buts during my time as a cricketer but this is the first time that we have qualified for the semi-finals in a straight forward manner,” he added.

He also spoke about Pakistani pinch-hitter Asif Ali, advising him to remain consistent as a finisher for the national team. Ajmal warned Asif Ali that he did not have age on his side hence he should avail any opportunity that comes his way.

Ajmal advised Asif Ali to improve “other areas of his game” as well, which included playing well against spinners.