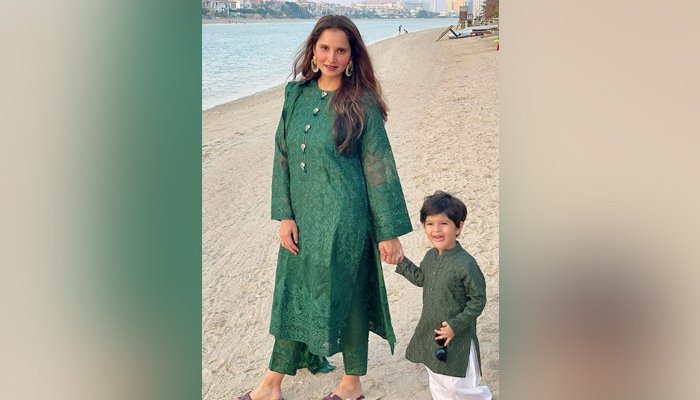 Sania Mirza’s son tells her ‘you are fat’


Sania Mirza’s son Izhaan told his mommy that she is “fat” when the Indian tennis star questioned her hubby, Shoaib Malik, whether he would continue to love her unconditionally if she gained weight.

The Instagram reel queen Sania Mirza, who never fails to entertain her fans, once again took to the social networking website to post a video where she is heard asking Shoaib the old-school question that every woman may ask her husband at some point.

The video shows Shoaib, who is sitting on a bed, responding to Sania’s question.

Though Shoaib replies positively, saying that he’d still love her even if she was fat, he was taken by surprise when the couple’s three-year-old son, Izhaan Mirza-Malik, interjected a remark and said that his mother was, indeed, fat.

“You are fat,” Izhaan’s voice could be heard in the background as he shouted.

Shoaib, who was drinking water from a bottle, burst out laughing when he heard the child’s comment.

Power couple Sania Mirza and Shoaib Malik have been married for more than a decade, but their playfulness does not seem to fade away.

Taking to Instagram a day ago, tennis star Mirza shared a video, with a voice in the background saying: “Give your husband your hand and see what he does with it.”

So Mirza, following the voice’s instructions, gives her hand to Malik. Looking at her with a tired face, the batter hands her a baby’s milk bottle.

“11 years of marriage and a child later,” Mirza wrote in the caption of the video.