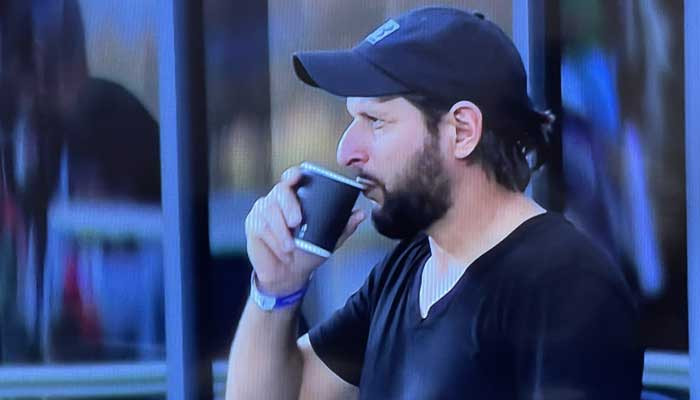 Loud cheers erupted from the Dubai International Stadium crowd as Shahid Afridi was seen enjoying the Pakistan vs Afghanistan cricket match live from the stands, sipping coffee as he did.

“Fantastic Victory, fantastic coffee, fantastic atmosphere and my fantastic team. Enjoyed the match and Asif Ali’s finish,” tweeted Shahid Afridi, with pictures of him enjoying the coffee from earlier during the game.

Earlier, Shahid Afridi tweeted pictures of him watching the Pakistan vs Afghanistan clash live from the stands in Dubai with his daughters.

In a picture he shared on Twitter, Shahid Afridi can be seen sitting on a sofa with his daughter, enjoying the game.