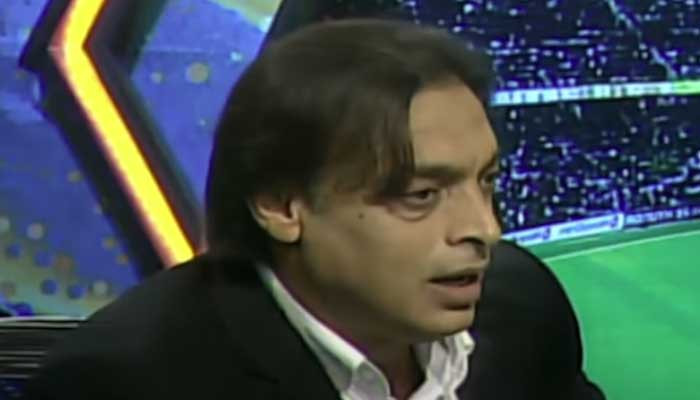 
Former Pakistan fast bowler Shoaib Akhtar lashed out at the Pakistan Television (PTV) for announcing that it will not be taking him or Dr Nauman Niaz on-air until the inquiry into their spat is not concluded.

Shoaib took to Twitter to say that the state-run channel’s decision seems “hilarious”.

“Well, that’s hilarious. I resigned in front of 220 million Pakistanis & billions across the world. Is PTV crazy or what? Who are they to off-air me?” he asked.

Following an on-air spat between the two, the state broadcaster decided to take both personalities off-air.

According to a statement issued by the PTV, “neither Akhtar nor Dr Nauman will not be allowed to appear in any programme on PTV.”

“What has happened to you? Shoaib has already resigned. How many times do you want to off-air him? Be a bit smart, please,” he added.

The inquiry committee said that it had interviewed Niaz regarding the spat after which it forwarded the recommendation of taking Niaz off-air. Meanwhile, the inquiry committee had also summoned Shoaib Akhtar to appear before it, but Akhtar refused, saying that the committee should review the videos instead of asking him to appear it.

It should be recalled that on Tuesday, Akhtar and Niaz were embroiled in a spat during the PTV Sports show “Game on Hai”.

The two were discussing Pakistan’s victory over New Zealand when tensions between Niaz, the host of the show, and Shoaib Akhtar, one of the many decorated panellists on the show, escalated.

As Shoaib Akhtar was going through some cricket trivia — during which he credited the Pakistan Super League’s Lahore Qalandars team for discovering Shaheen Shah Afridi and Haris Rauf — Niaz seemed to take offence and snapped back at Shoaib.

“You’re being a little rude and I don’t want to say this: but if you’re being over smart, you can go. I am saying this on-air,” Niaz told a dumbstruck Shoaib, cutting him short and moving to the next guest for their comment.

When the show resumed, Shoaib apologised to the guests and said he could not carry on due to the rude behaviour he was subjected to.